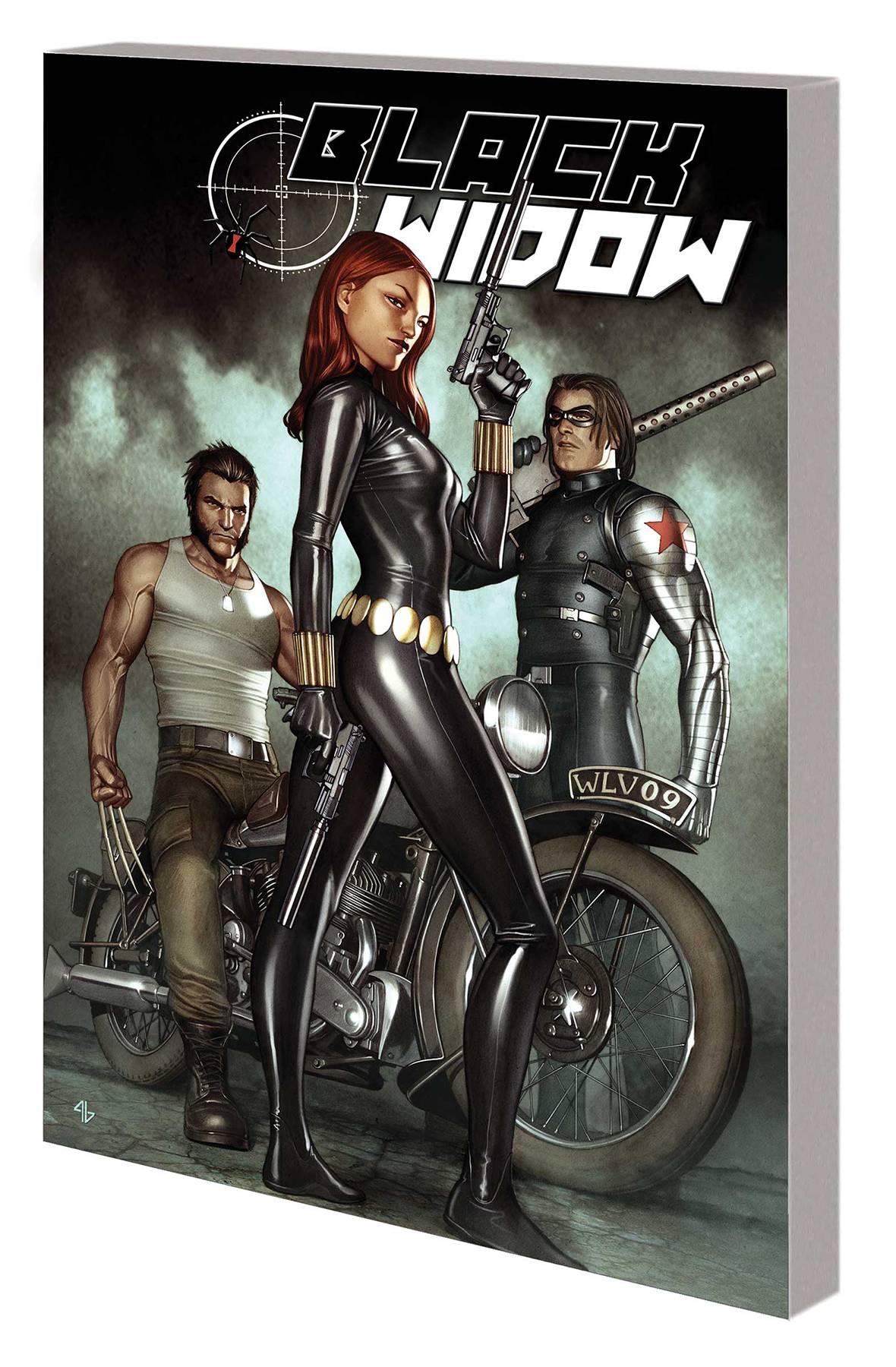 #
NOV190983
(W) Paul Cornell, More (A) John Paul Leon, More (CA) Adi Granov
Thrilling adventures of Marvel's deadliest superspy! Natasha's shadowy past once again threatens all she holds dear in a globe-hopping thriller! As the Black Widow's house of cards comes crashing down around her, what will she do to keep her deepest secret buried? When a senator is seduced and assassinated, why does the trail followed by his journalist son lead back to Natasha? Meanwhile, espionage agents around the world are being assassinated by an all-new Ronin! The next two targets: Black Widow and Mockingbird! But Hawkeye is determined to unmask the killer! Let the spy games begin! Collecting BLACK WIDOW: DEADLY ORIGIN #1-4, BLACK WIDOW (2010) #1-8, WIDOWMAKER #1-4, FEAR ITSELF: BLACK WIDOW, BLACK WIDOW SAGA and material from ENTER THE HEROIC AGE #1 and IRON MAN: KISS AND KILL.
Rated T+
In Shops: Jan 29, 2020
SRP: $39.99