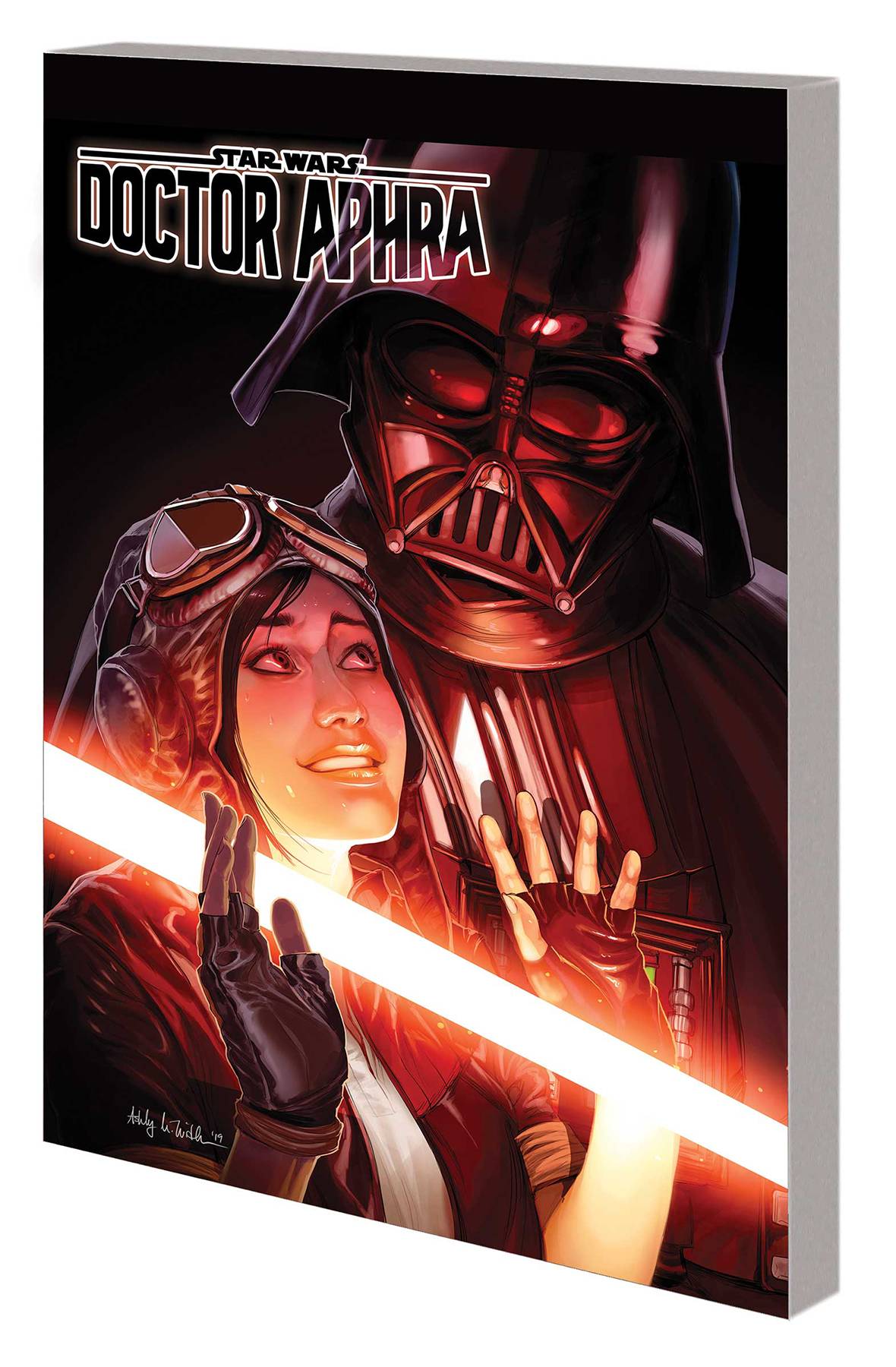 #
NOV190978
(W) Simon Spurrier (A) Caspar Wijngaard, Elsa Charretier (CA) Ashley Witter
Right back where she started! After all she's been through, professional disaster zone Doctor Aphra has found herself once again working for Darth Vader. What insidious use has the dark lord found for Aphra to make him spare the life of his most annoying foe? And how much time does she have to slither out of harm's way before he decides to finish what he started all those years ago? Plus: Aphra is about to face reunions with her father and her former flame, Captain Magna Tolvan! And a trip to that wretched hive of scum and villainy, Mos Eisley, awaits! But all good things must end - and when Vader stalks Aphra through the shadows of an ancient temple, only one of them will be leaving in one piece. Collecting STAR WARS: DOCTOR APHRA #37-40 and STAR WARS: DOCTOR APHRA ANNUAL #3.
Rated T
In Shops: Feb 12, 2020
SRP: $17.99
View All Items In This Series
ORDER SUBSCRIBE WISH LIST