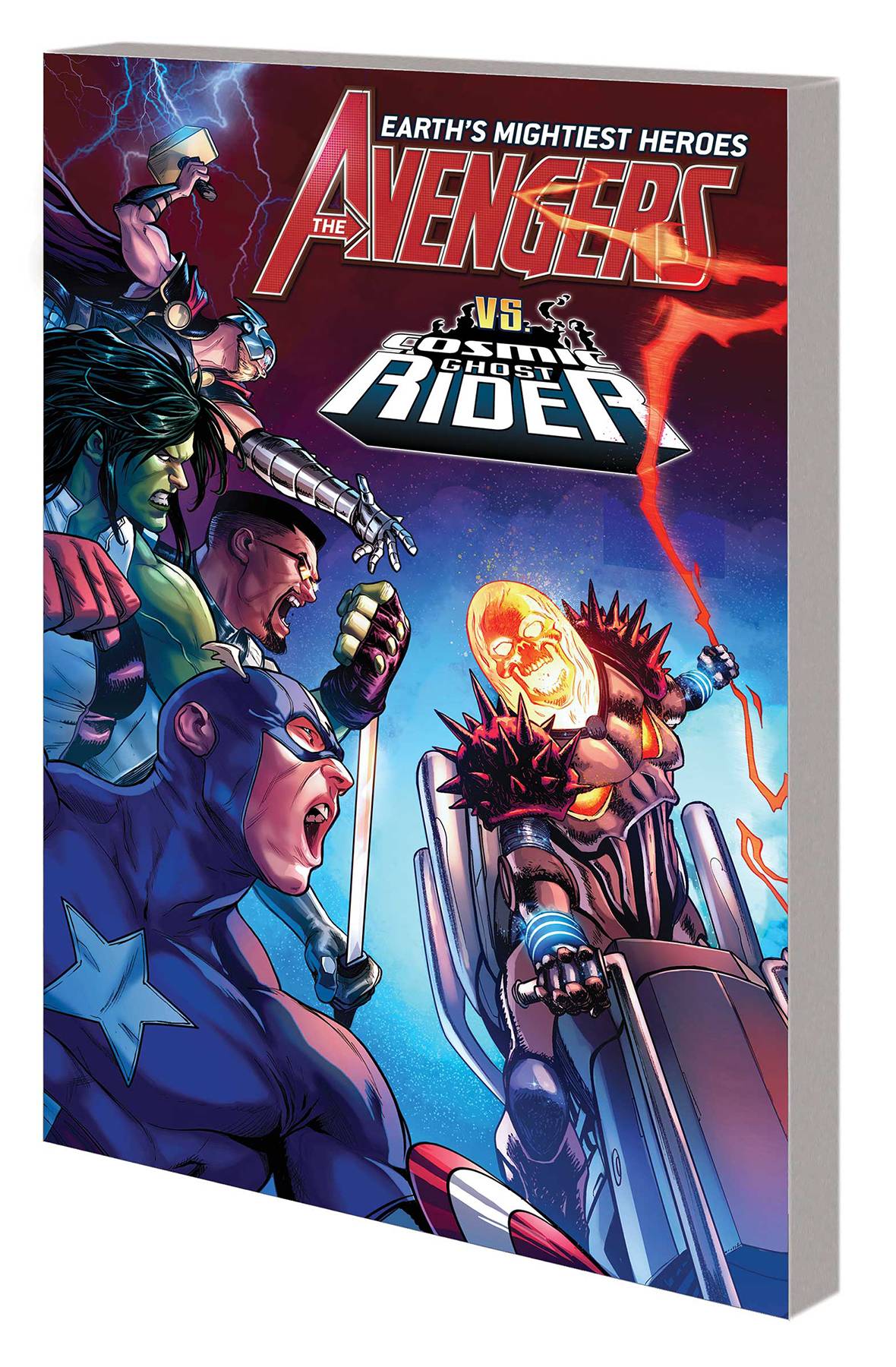 #
NOV190972
(W) Jason Aaron (A) Dale Keown (A/CA) Stefano Caselli
lurking inside him, so it's time to do the common sense thing: perform an exorcism on his car. The only problem is Johnny Blaze - the original Ghost Rider and current king of Hell - has plans of his own for Robbie! Now it's Blaze vs. Reyes in a wild race through the deepest depths of the underworld, while the Avengers fight for their lives against their own Celestial headquarters - now possessed by a murderous, Hell-damned soul! But even worse is to come, courtesy of the infamous Cosmic Ghost Rider! And to join the battle for the soul of Robbie Reyes, the Avengers must go to Hell! Plus: The savage origin of the first Starbrand - from one million B.C.E.! Collecting AVENGERS (2018) #22-25.
Rated T+
In Shops: Jan 29, 2020
SRP: $15.99
View All Items In This Series
ORDER SUBSCRIBE WISH LIST