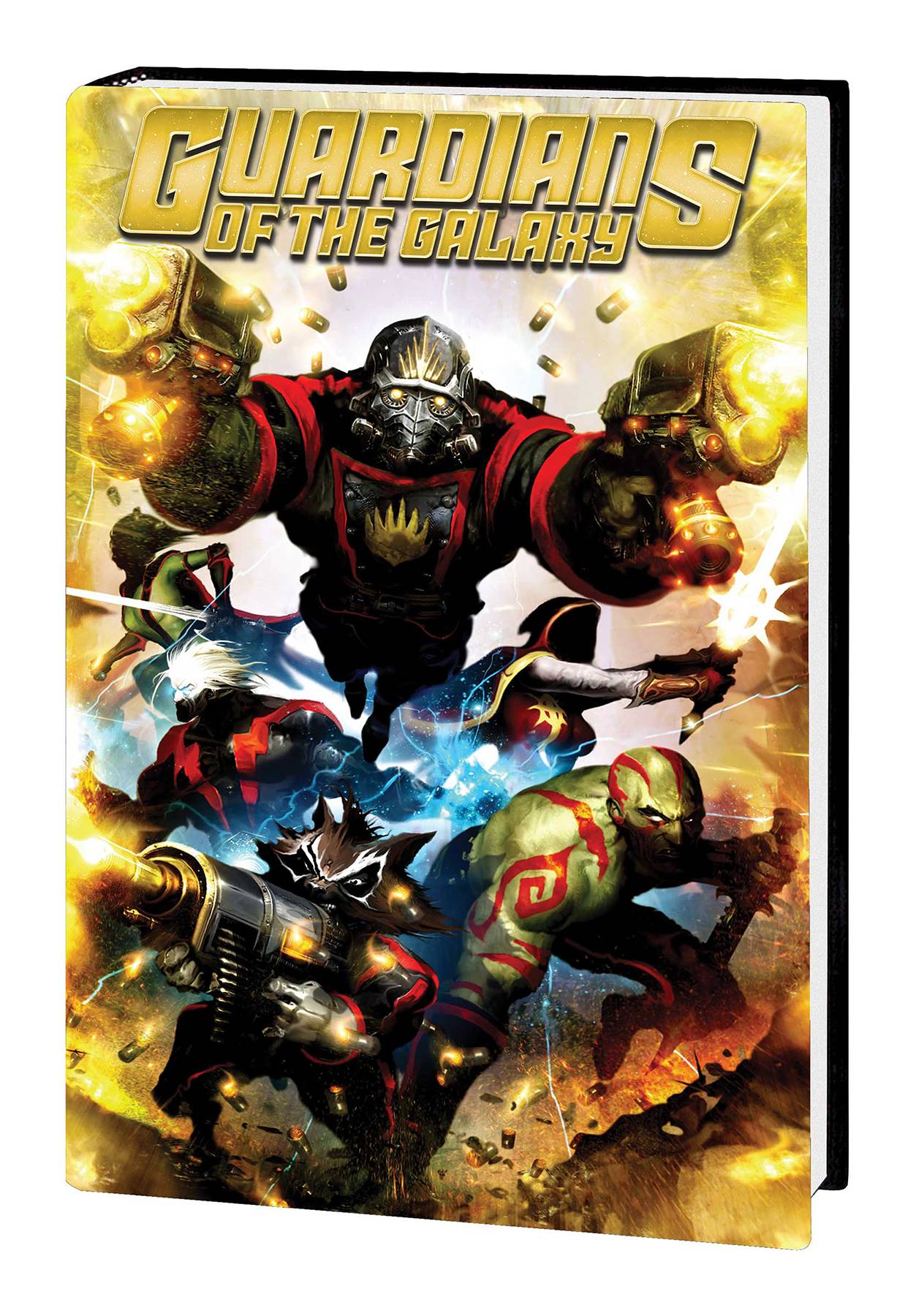 #
NOV190947
(W) Dan Abnett, Andy Lanning (A) Paul Pelletier, More (CA) Clint Langley
Continuing the series of graphic novels handpicked by Marvel Editorial to showcase pivotal story lines written and drawn by some of Marvel's most acclaimed creators! Out of the ashes of ANNIHILATION: CONQUEST, Marvel's sci-fi heroes unite to protect the cosmos! Back-to-back cataclysmic conflicts have weakened the boundaries of our reality. Dark gods and monsters are seeping through the cracks. In the face of terror, who stands to defend a desperate universe? Star-Lord and his squad of butt kickers - the modern-day Guardians of the Galaxy! Gamora, Drax, Rocket Raccoon, Groot and Mantis - plus Quasar and Adam Warlock - are a dysfunctional team with a big future...unless the Universal Church of Truth has its way! But why are the 31st-century Guardians of tomorrow - Major Victory and Starhawk - here too? Bug, Moondragon and Cosmo the space dog join the fun even as a fresh war looms - in an entertaining and action-packed story that revitalized the Guardians for a new era! Collecting GUARDIANS OF THE GALAXY (2008) #1-12.
Rated T+
In Shops: Aug 19, 2020
SRP: $24.99
ORDER WISH LIST