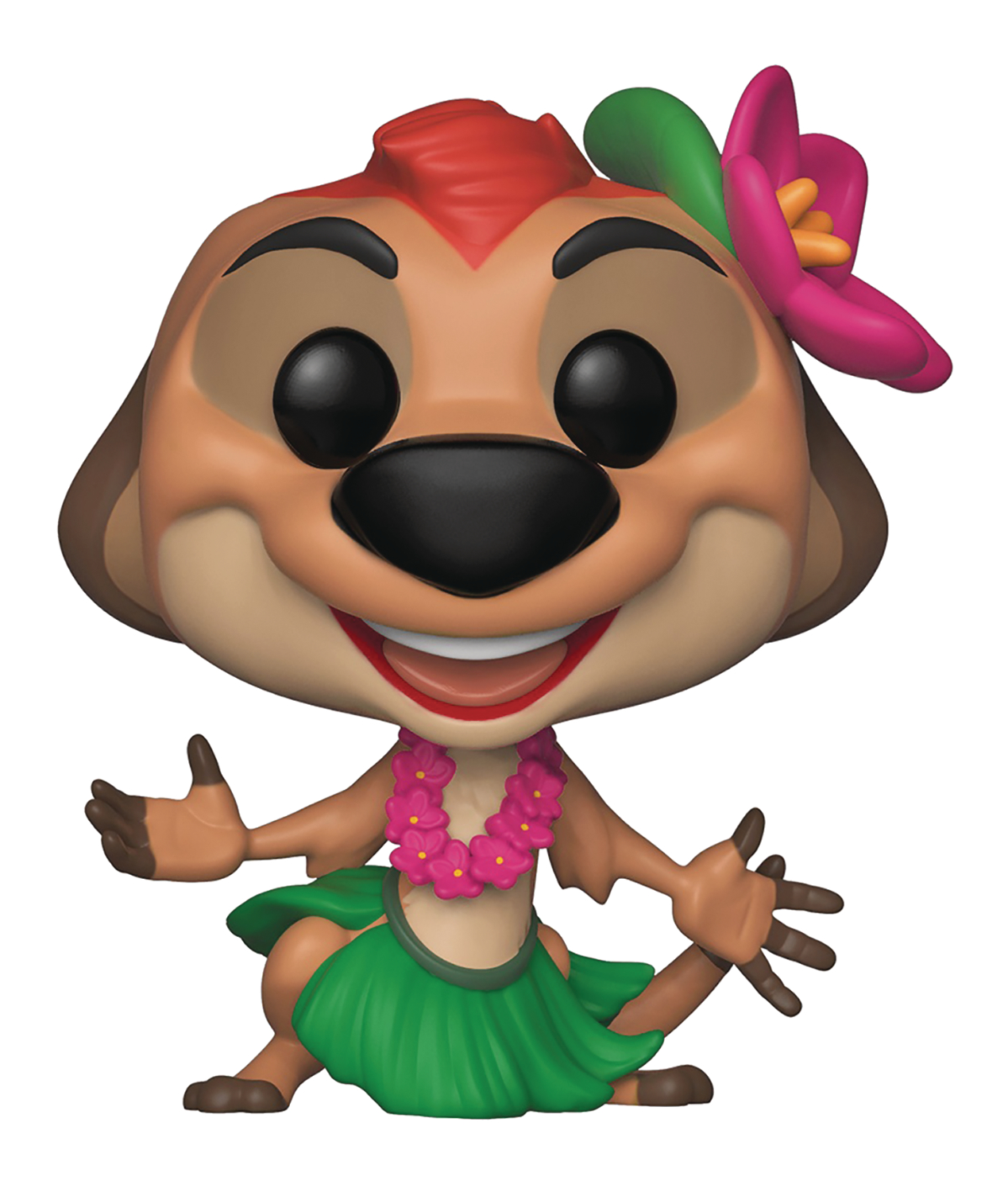 NOV188205
From Funko. If we learned anything from Disney's 1994 animated epic musical, it's that hakuna matata ain't no passing craze and neither are the loveable characters The Lion King introduced to the world. Bring home a piece of the Pride Lands of Africa, and Disney, with Pop! Mufasa, Simba, Nala and Zazu. Meanwhile, Pop! Timon and Pumbaa are ready for a luau with a grass skirt, apple and lei. Each Pop! Figue stands about 4" tall and comes in a window box for display.