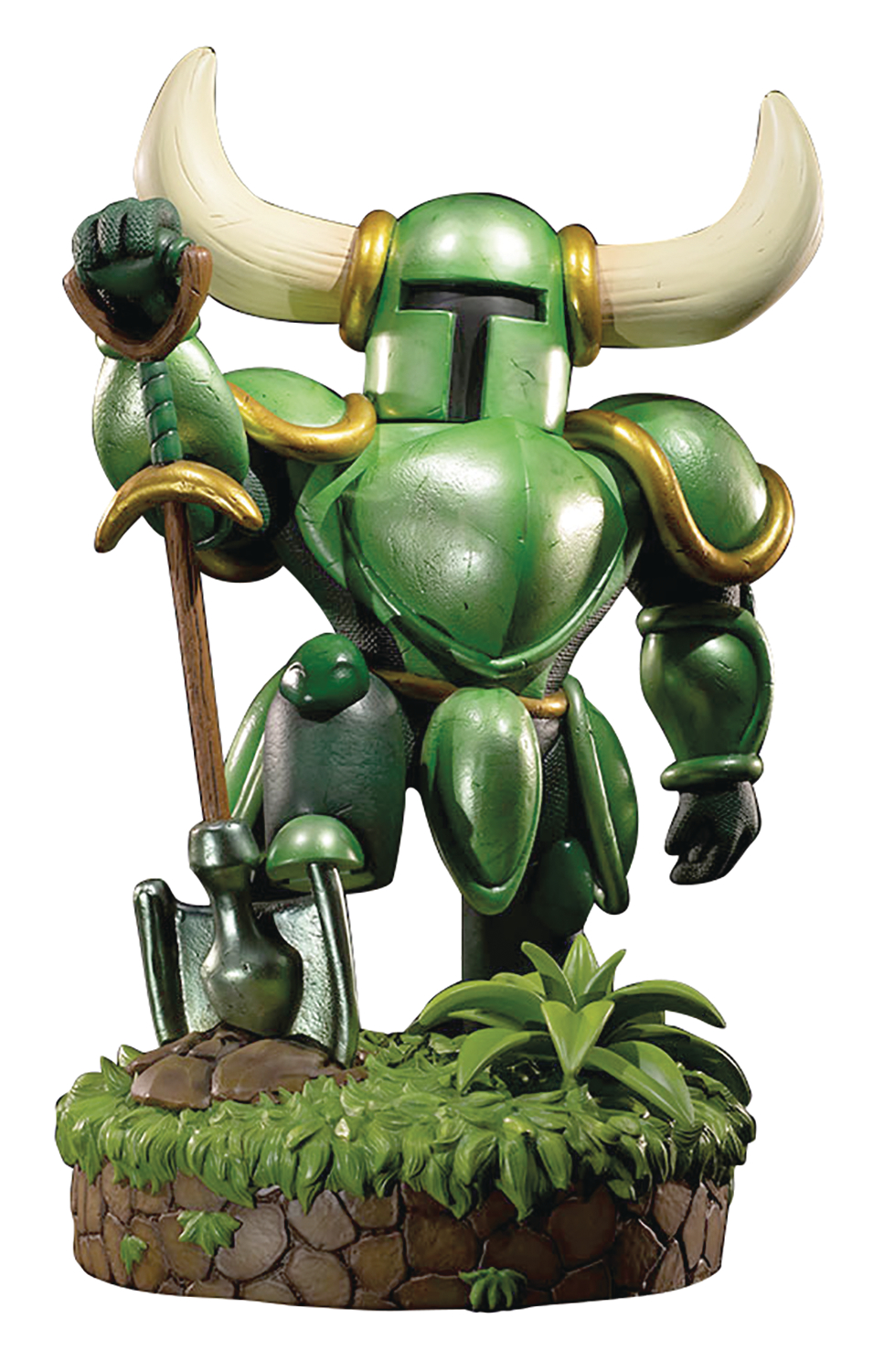 NOV188141
From First 4 Figures. First 4 Figures is proud to present the highly anticipated Shovel Knight - Shovel Knight: Player 2 statue! Short in stature but long on perseverance, Shovel Knight quests endlessly in pursuit of Shovel Justice! When his beloved partner Shield Knight becomes lost, Shovel Knight takes up his Shovel Blade and leaps into action to find her. But between them stands the malevolent Enchantress, her evil army, and the invincible knights of the Order of No Quarter. He comes perched on a detailed base inspired from The Plains, also known as the Plains of Passage straight from the first stage in the game, stands about 15 1/2 inches tall, and comes with an authentication card.