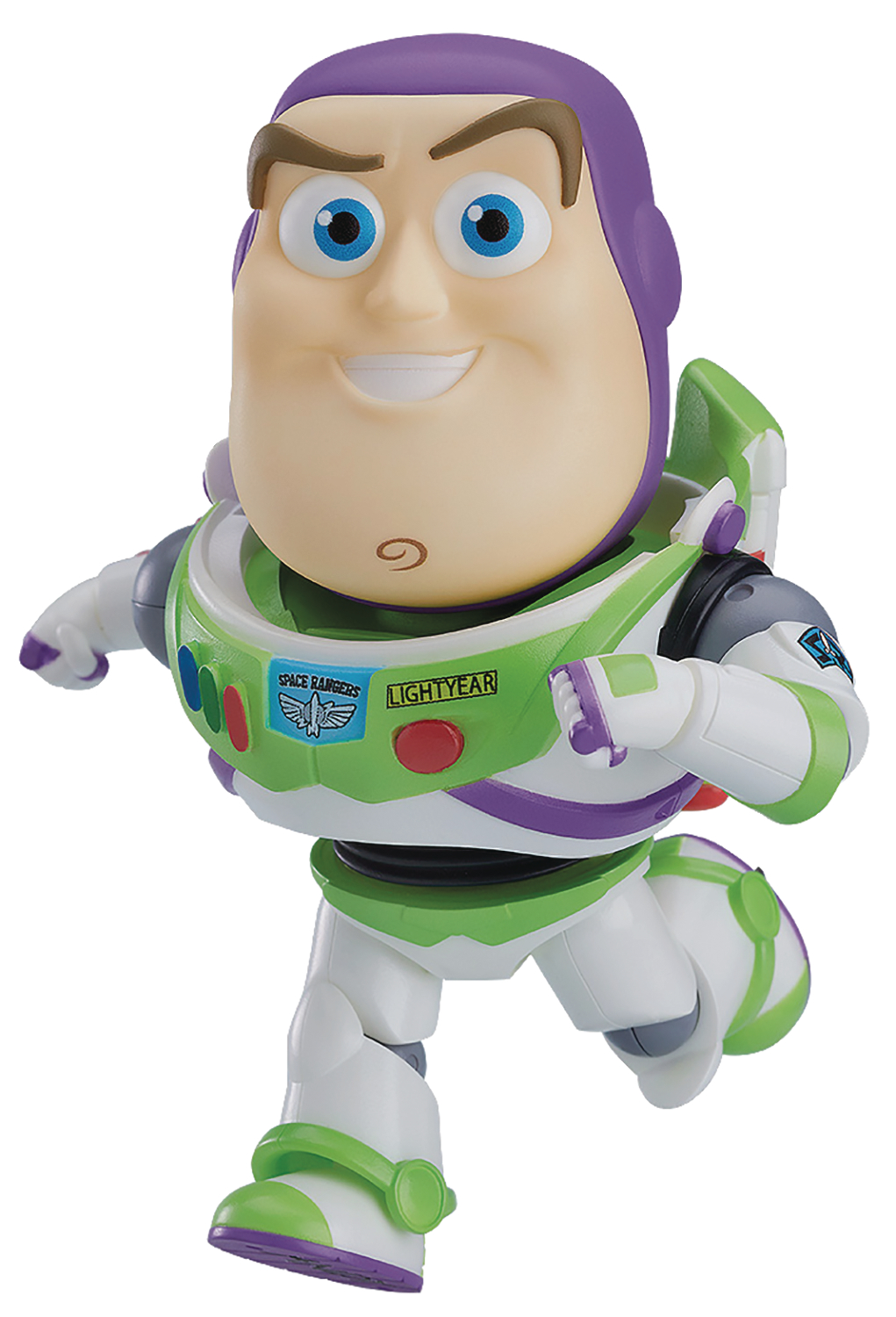 NOV188053
From Good Smile! From the hit Pixar movie series Toy Story comes a Nendoroid of the action figure equipped with retracting wings and a laser beam, Buzz Lightyear! The Nendoroid is fully articulated and even features articulated eye parts allowing you to change the direction he is looking. Buzz's visor can be removed, allowing you to display him either way! Additionally, the DX version includes special arm parts so you can display Buzz readying his laser beam! The DX version also comes with a serious expression face plate and 2 additional sets of eye parts, allowing you to recreate all kinds of expressions from the movies just by mixing and matching! A special stand is included so you can display Buzz with Nendoroid Woody (sold separately) "falling with style" as in the last scene of the movie!