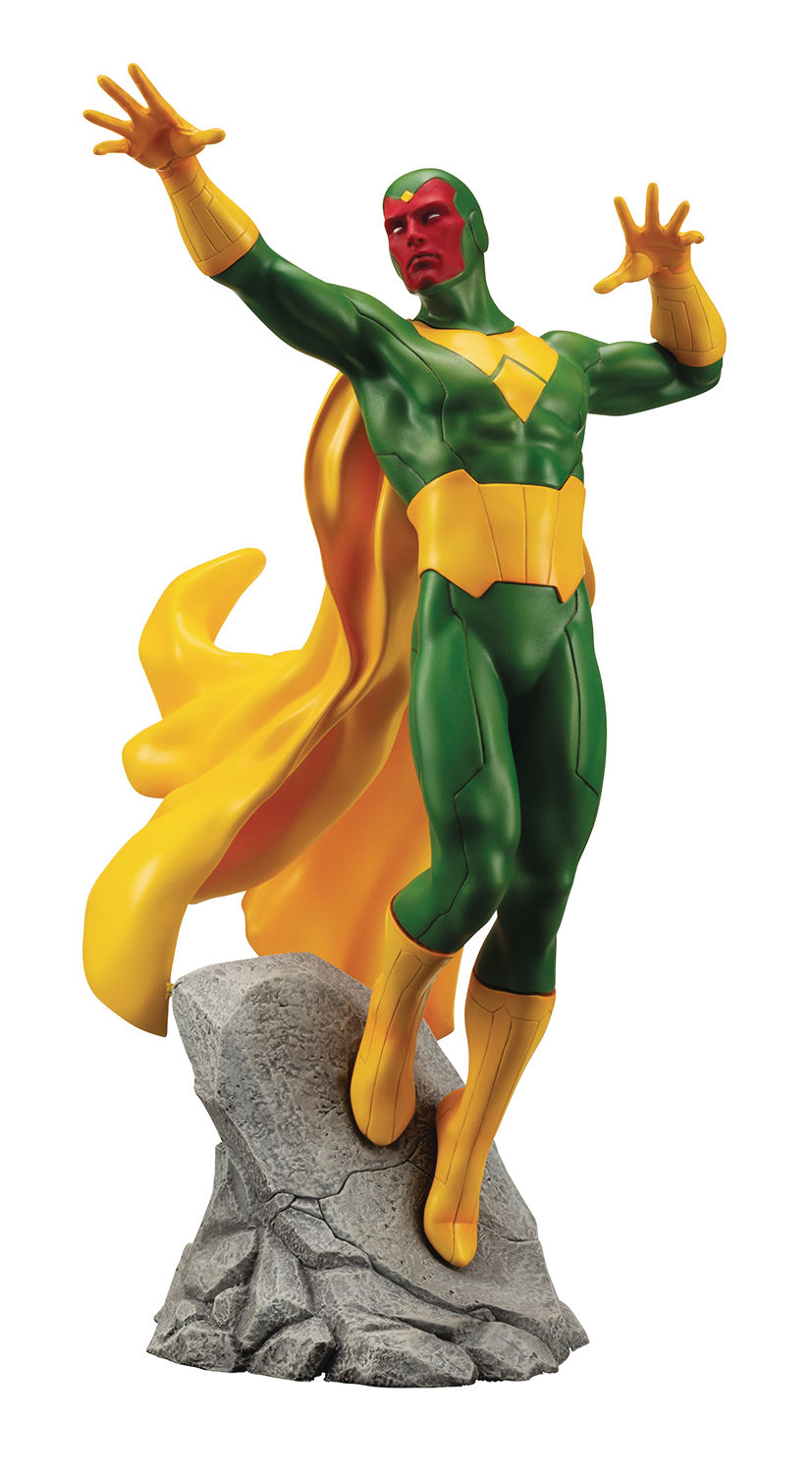 NOV182546
From Kotobukiya. Kotobukiya's Marvel Comics ARTFX+ series has brought you a range of characters from the Avengers to the X-Men, Defenders, and more, with stunning detail in 1/10 scale. Now the spotlight returns to Earth's Mightiest Heroes with a new series of Avengers characters based on designs by Marvel superstar artist Adi Granov. An artificially created being known as a Synthezoid, Vision is a core member of the Avengers who appears in Marvel comics as well as the cinematic universe. Vision's unique vertical posing portrays him in flight, making the statue a perfect match for the previously released Scarlet Witch statue in the same series. At 1/10 scale, this statue is easy to display alongside the other affordable and highly collectible ARTFX+ statues, and the dynamic posing and diorama bases of the Adi Granov line make for an especially impressive display. Collect all of the Avengers as they prepare to take down Thanos!