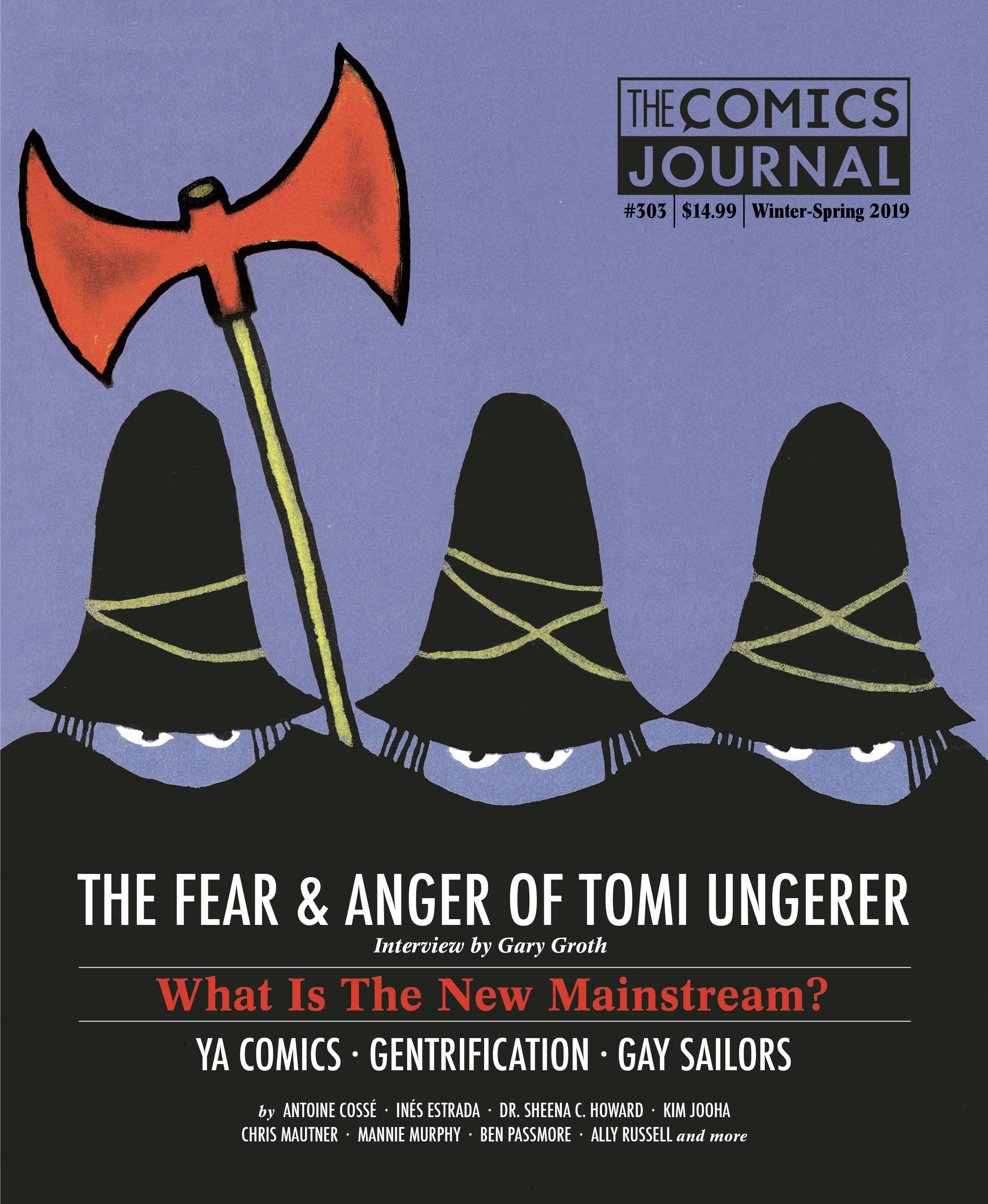 #
NOV181771
The most award-winning, internationally acclaimed comics and graphic novel magazine in the medium's history returns to print!
The Comics Journal, which is renowned for its in-depth interviews, comics criticism, and thought-provoking editorials, features Gary Groth in frank and often hilarious discussion with the satirist and children's book author Tomi Ungerer. Ungerer talks about the entire trajectory of his life and career: growing up in France during the Nazi occupation, creating controversial work, being blacklisted as a children's book author due to a backlash against his erotica.
This issue, the first in its new twice-a-year format, covers the "new mainstream" in American comics - how the marketplace and overall perception of the medium has drastically shifted since the "graphic novel boom" of the early 2000s and massive hits like Persepolis, Fun Home, and Smile. It also includes sketchbook pages from French-born cartoonist Antoine Cossé, an introduction to homoerotic gag cartoons out of the U.S. Navy, Your Black Friend cartoonist Ben Passmore's examination of the role art and comics have in gentrification, a reconsideration of the comics canon by Eisner Award-winner Dr. Sheena C. Howard, and more.
In Shops: Feb 06, 2019
SRP: $14.99
View All Items In This Series
ORDER SUBSCRIBE WISH LIST