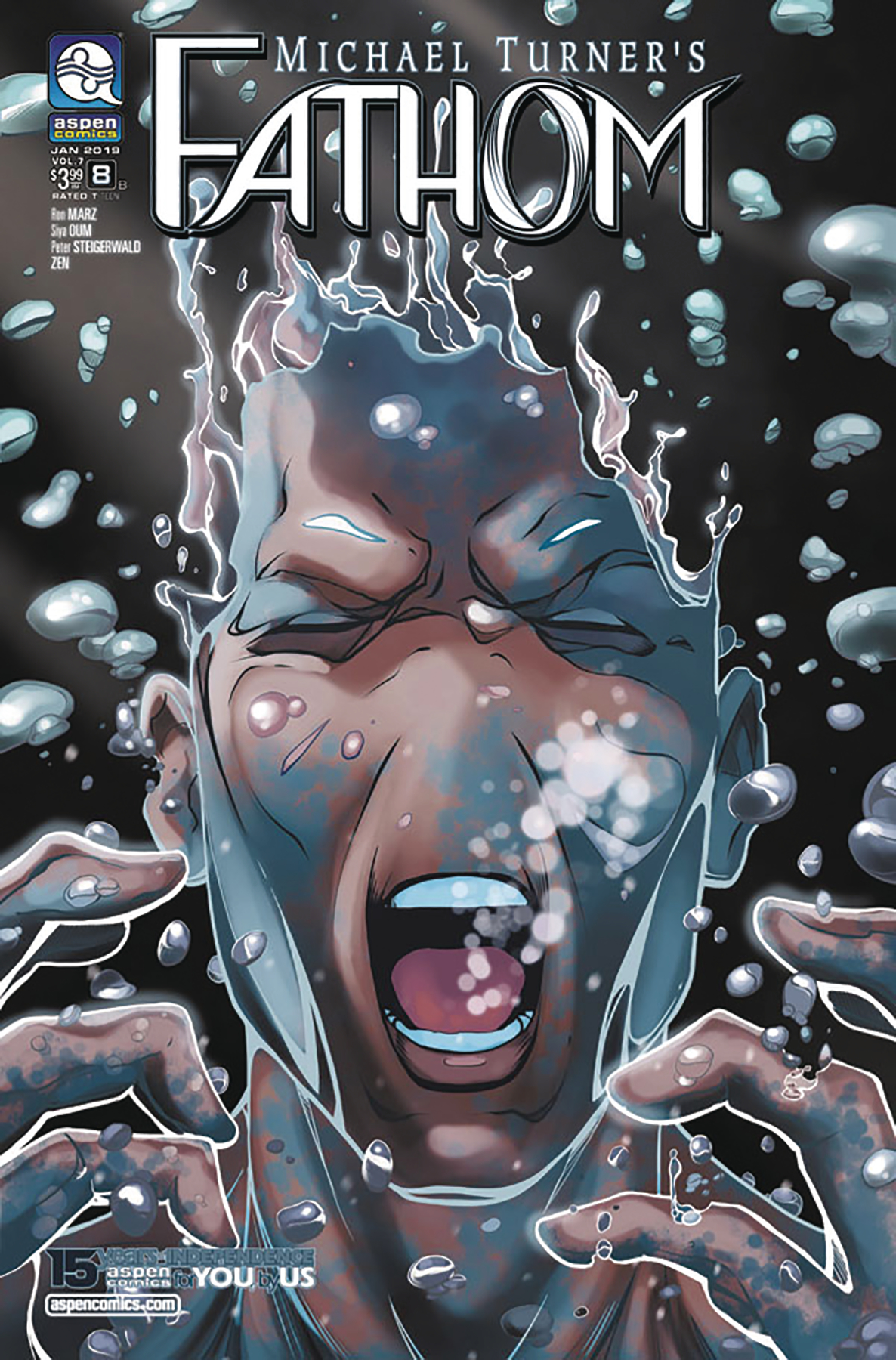 NOV181558
(W) Ron Marz (A) Siya Oum (CA) Donny Tran
1998's Best-Selling Title of the Year Celebrates 20 Years in 2018!
The epic finale to this 20-Year Anniversary volume is here! Aspen Matthews has saved the world more times than she can count, but this time it's personal! With the very fabric of her family bonds hanging in the balance in the center of a global conflict between superpowers, and the civilization of The Blue at risk of being lost forever under rebellion, Aspen finds herself facing the greatest challenge of her lifetime in order to save both the world above and below!
Michael Turner and Aspen Comics' flagship title commemorates its landmark twenty years since its debut in grand fashion! The superstar creative team of Ron Marz (Green Lantern, Witchblade) and Siya Oum (Lola XOXO) are on board to deliver Fathom, and the iconic heroine, Aspen Matthews, to a new generation of readers as well as loyal fans alike!
In Shops: Apr 03, 2019
SRP: $3.99
View All Items In This Series
ORDER SUBSCRIBE WISH LIST