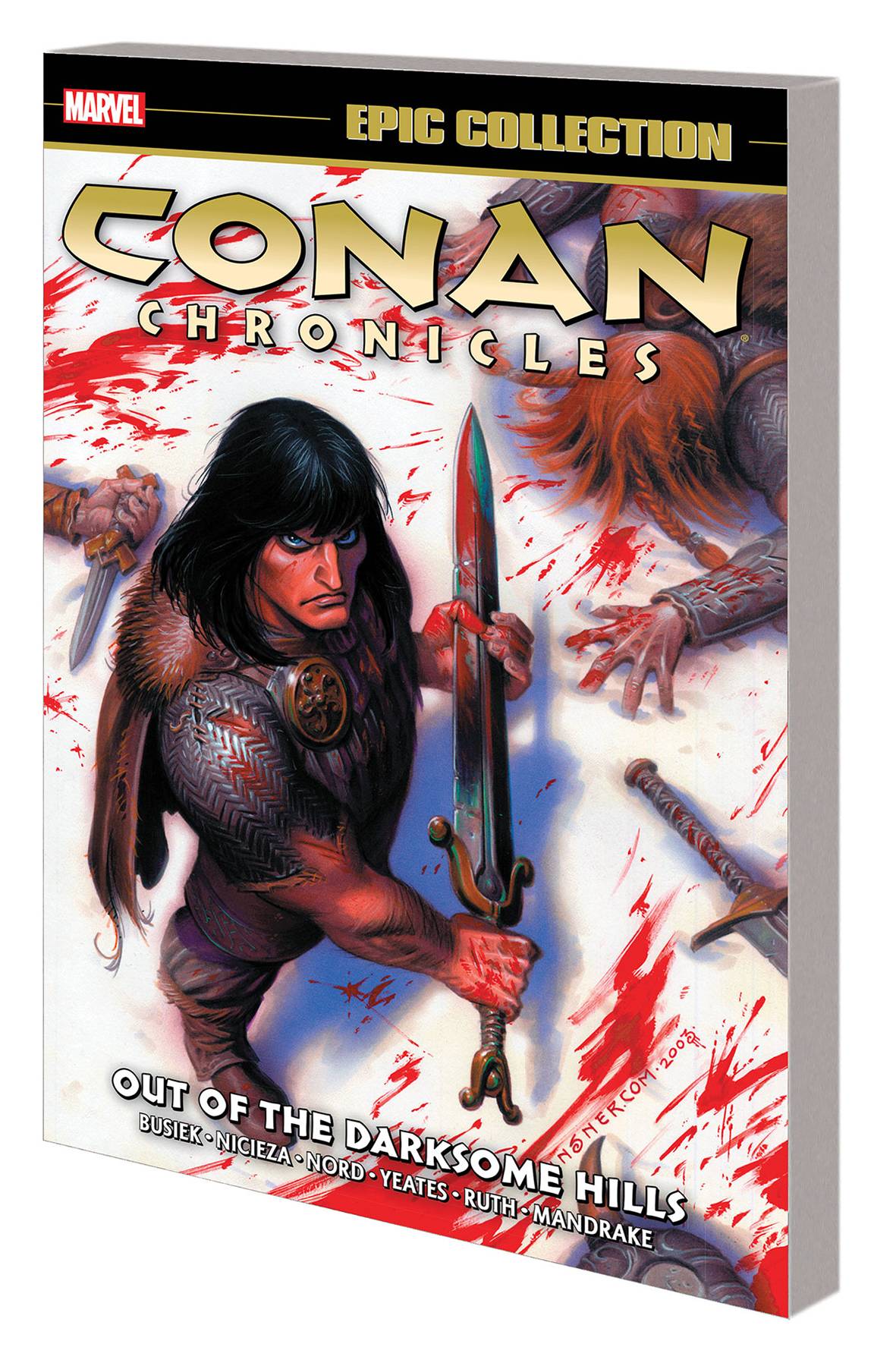 #
NOV181045
(W) Kurt Busiek, Fabian Nicieza (A) Cary Nord, Tom Yeates, More (CA) Joseph Michael Linsner
The legend returns! Conan the Barbarian stars in epic tales by comics veteran Kurt Busiek - including classics adapted from the works of original author Robert E. Howard! Whether he's warring with the violent Vanir or meeting a Frost Giant's daughter, Conan's savage sword is always close at hand and ready for battle! The story of "The God in the Bowl" is presented in all its terrifying detail - introducing Conan's notorious adversary, Thoth-Amon! But who is Janissa the Widowmaker, and what role will she play in the Cimmerian warrior's life? Beware the Horror on Uskuth Hill - and the Thing in the Temple! And when two Nemedians walk into a bar, it's no joking matter. Prepare for swords and sorcery of the highest order with the greatest barbarian of them all! Collecting CONAN: THE LEGEND #0 and CONAN (2004) #1-19.
Rated T+
In Shops: Feb 06, 2019
SRP: $39.99