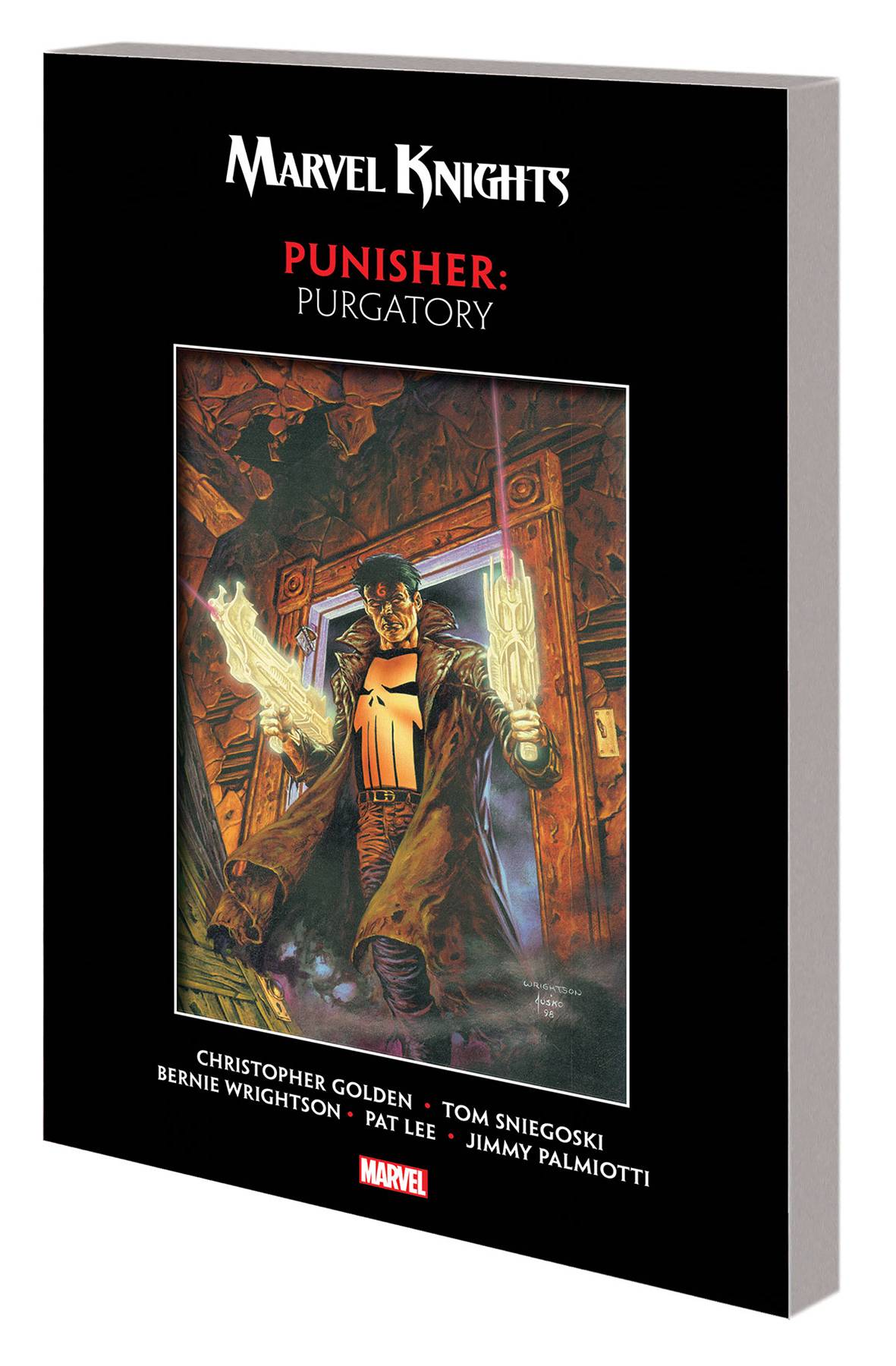 #
NOV181019
(W) Tim Sniegoski, Christopher Golden (A) Pat Lee (A/CA) Bernie Wrightson
It's a Punisher era like no other! Frank Castle died - but that wasn't the end of his story. Heaven had other plans for the Punisher, and now he's back from the grave as an angel of vengeance! With a new armory of supernatural weapons, Frank renews his war on crime! He's caught between heaven and hell, but his soul has a second chance - and if he seizes it, perhaps one day he can see his family again! The Punisher's deadly mission used to be about vengeance - now it's about redemption! But what happens when Frank joins Wolverine to unravel the mystery of a deadly young mutant named Revelation? Bullet-flying, bone-clawing, maybe even world-ending action-that's what! Featuring the work of legendary horror artist Bernie Wrightson! Collecting PUNISHER (1998) #1-4 and WOLVERINE/PUNISHER: REVELATION #1-4.
Rated T+
In Shops: Jan 30, 2019
SRP: $24.99
ORDER WISH LIST