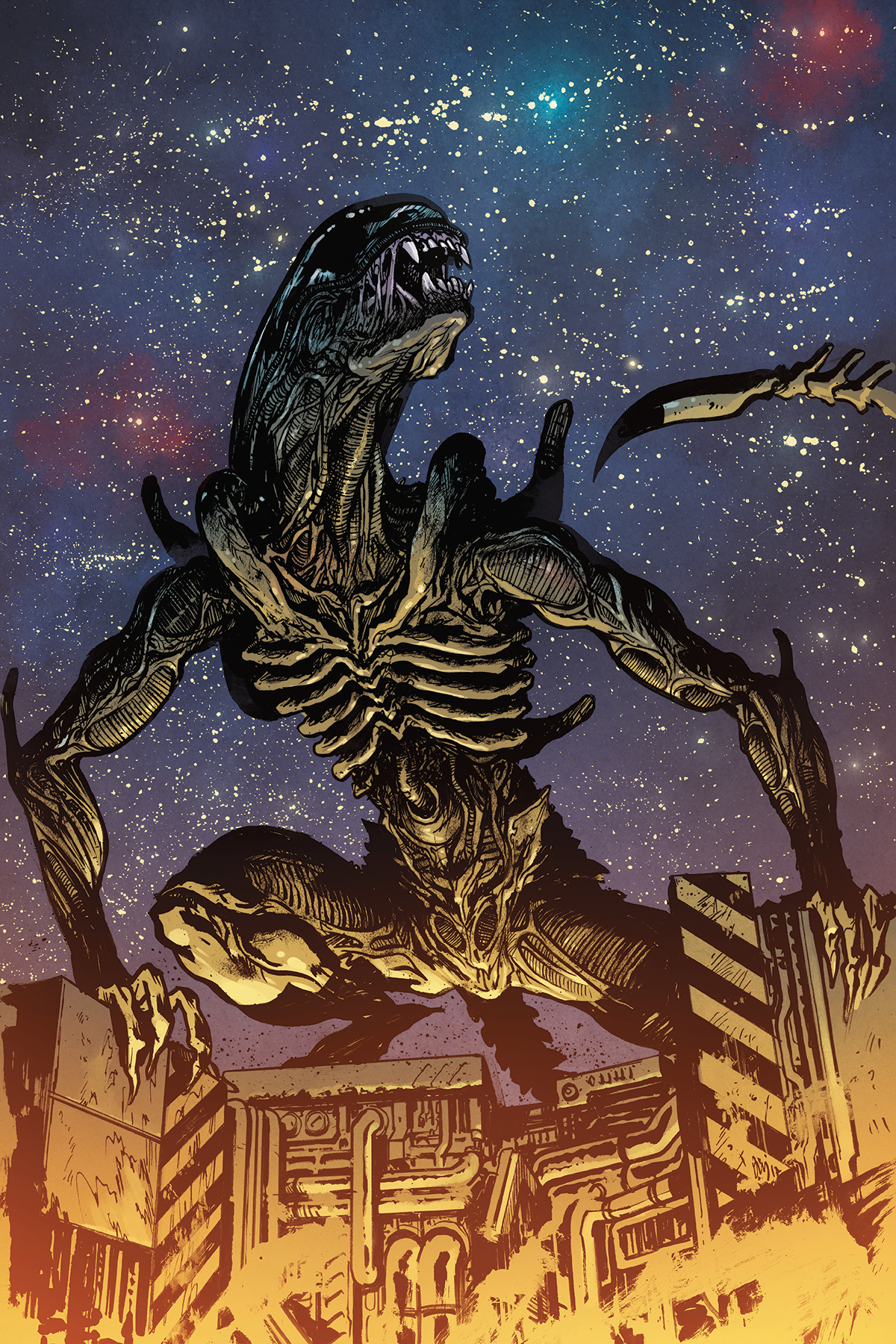 NOV180214
(W) Johnnie Christmas, William Gibson (A) Johnnie Christmas, Tamra Bonvillain (CA) William Johnson
This is the official adaptation of the original screenplay for Alien 3, written by William Gibson, the award-winning science fiction author of the cyberpunk cult classic Neuromancer. You'll see familiar characters and places-but not all is the same in this horrifying Cold War thriller!

The crew of the Rodina quickly find themselves in a dire situation as the U.P.P. side have an unwelcome guest aboard their ship. Meanwhile, the powers that be on the Sulaco look to replace the crew with the recently recovered android, Bishop. As they push the limits of ethics and morality, the crew decide something must be done.
In Shops: Jan 09, 2019
SRP: $3.99
View All Items In This Series