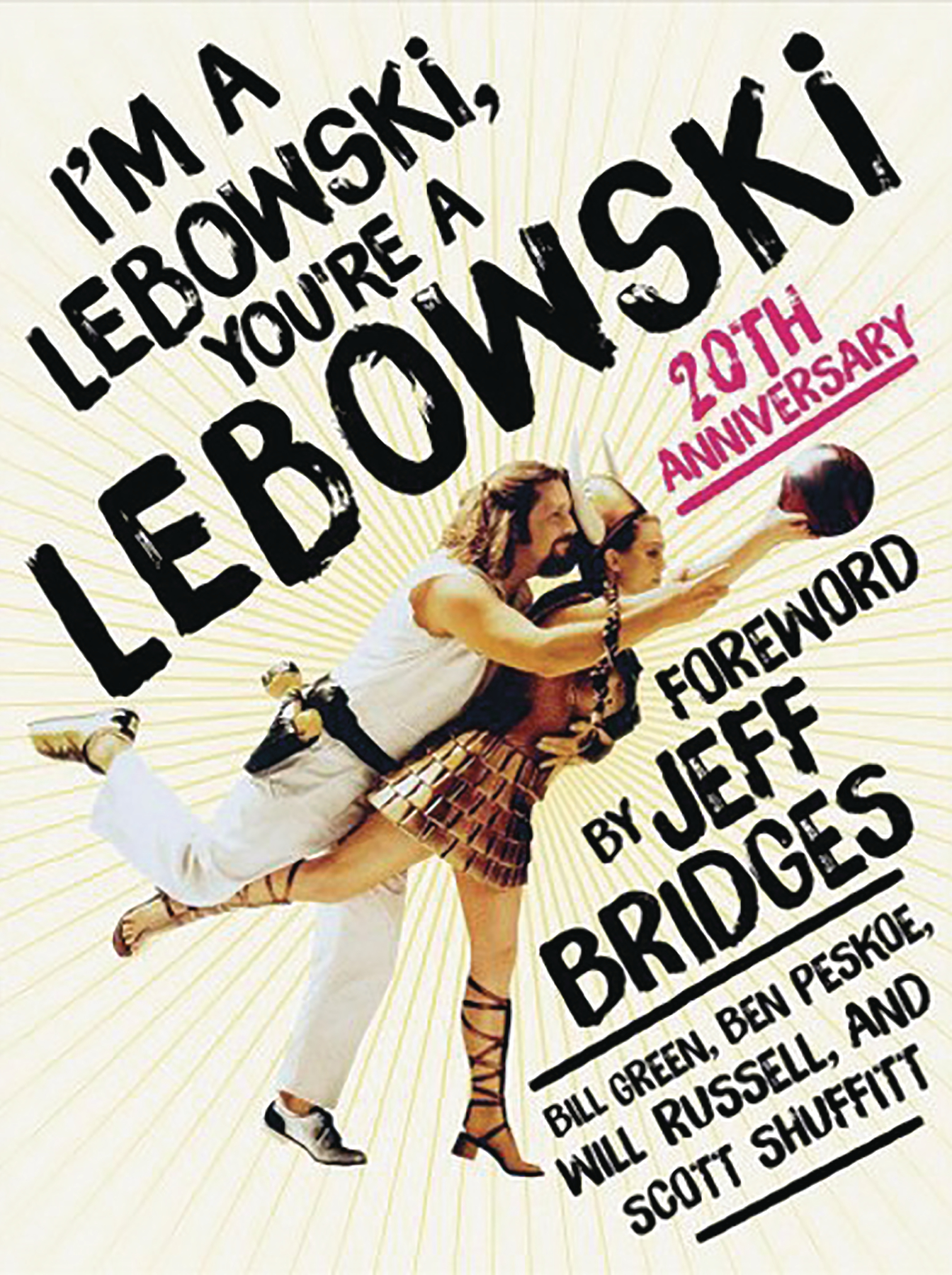 NOV172215
(W) Ben Peskoe, Bill Green
On the twentieth anniversary of the Coen brothers' cult classic film, the ultimate fan's guide to The Big Lebowski, with a new introduction, and a foreword by the Dude himself, Jeff Bridges. When it was first released in 1998, The Big Lebowski flopped at the box office. Twenty years later, the movie has developed a massive, passionate, and cross-generational cult following of Lebowski fans (a.k.a. Achievers), who yearly coalesce around Lebowski Fest. Written by the Founding Dudes of Lebowski Fest, I'm a Lebowski, You're a Lebowski is the fan book to tie every Achiever's room together, a treasure trove of trivia and commentary, illustrations, photos, interviews with every major cast member (plus the real-life inspirations for the Coen-created characters), highlights from the Fest, a handy Achiever translation guide, and tips on how to Dude-ify your life.
In Shops: Jan 31, 2018
SRP: $20.00
ORDER WISH LIST