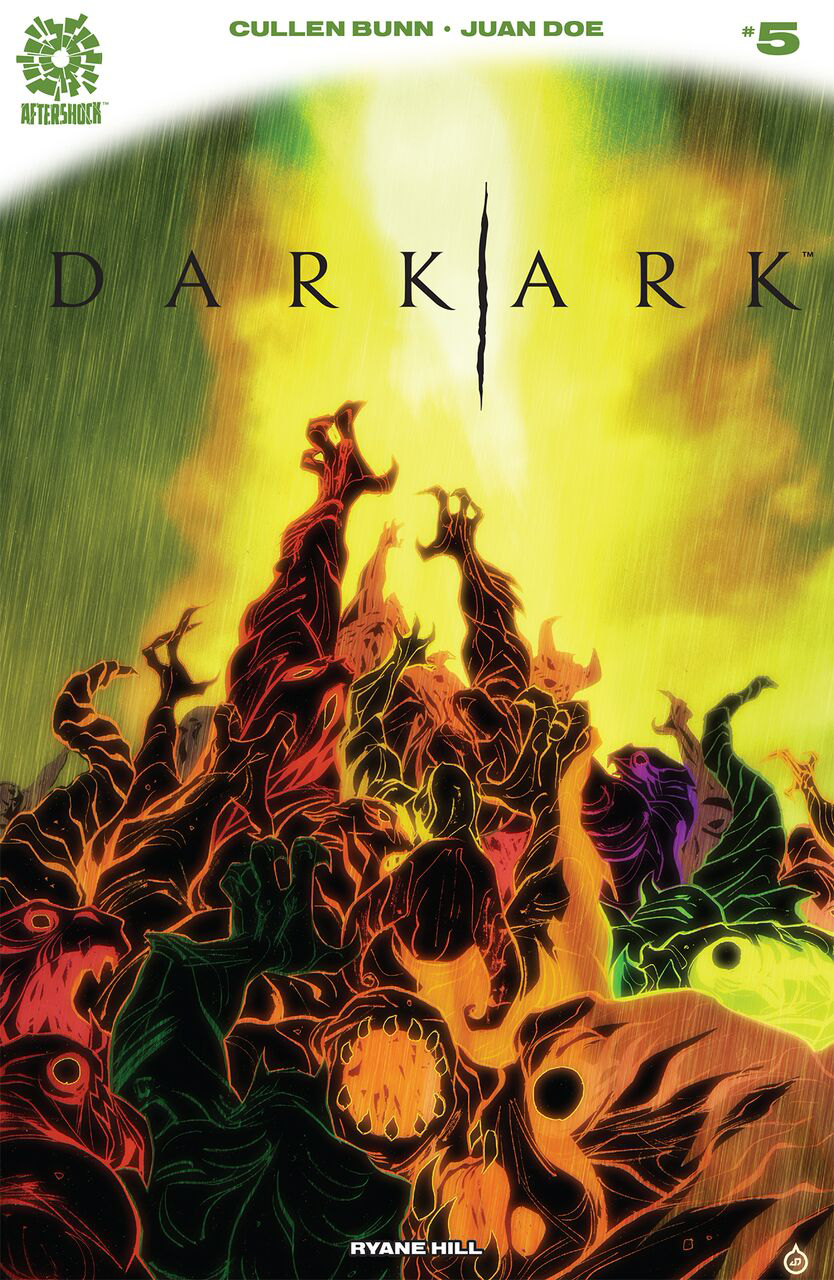 NOV171151
(W) Cullen Bunn (A/CA) Juan Doe
In a bid to take control of Shrae's ark, the vampires have staged a vicious attack on man and monster alike. Now, in the aftermath of the attack, Shrae and his family must decide how to carry on. But the attempted coup has drawn the attention of more powerful forces...forces of darkness...and forces of light!

"In the hands of Bunn and Doe, AfterShock may once again be riding the tide of success." - Johnny "The Machine" Hughes of comiccrusaders.com
In Shops: Jan 31, 2018
SRP: $3.99
View All Items In This Series
ORDER SUBSCRIBE WISH LIST