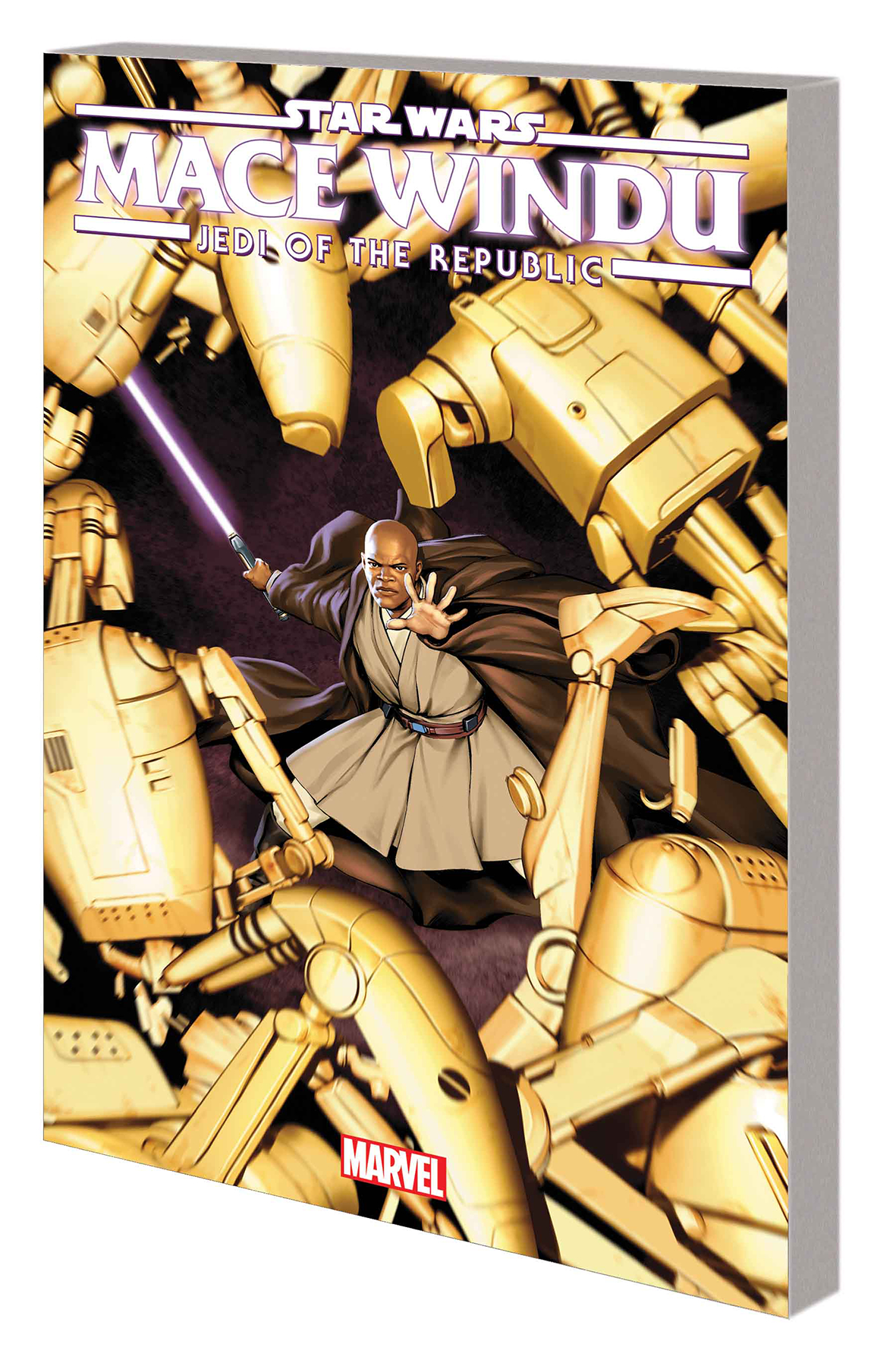 NOV171075
(W) Matt Owens (A) Denys Cowan (CA) Jesus Saiz
One of the most revered Jedi Masters of all stars in his own solo series! Learn all there is to know about the man, the myth, the legend - Mace Windu! For over a thousand generations, the Jedi have been the peacekeepers of the galaxy. But as the Clone Wars dawn, they find themselves in a new role: generals in the Army of the Republic. As Mace Windu, one of the Order's greatest warriors, leads a small unit into battle, can the Jedi make peace with their new role - or will they be lost to the violence around them? Collecting STAR WARS: JEDI OF THE REPUBLIC - MACE WINDU #1-5.
Rated T
In Shops: Feb 28, 2018
SRP: $15.99