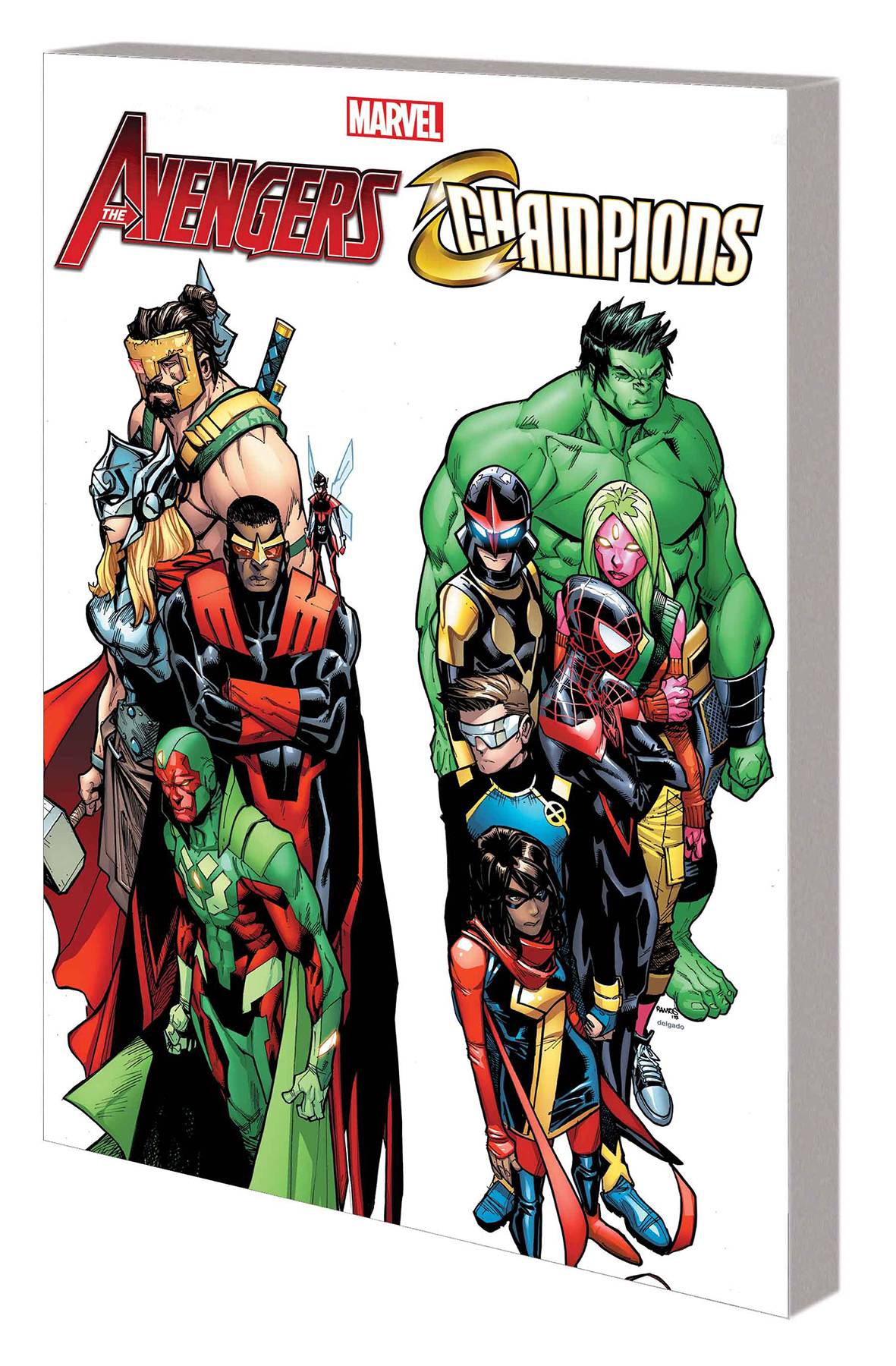 #
NOV171052
(W) Mark Waid (A) Jesus Saiz (A/CA) Humberto Ramos
The Avengers come face-to-face with the Champions! The countdown for a clash of generations begins when the twisted High Evolutionary sets the Earth on a catastrophic collision course with its opposite number: the unnatural planet Counter-Earth! Can the two teams put their turbulent history aside to meet this threat - or will they be at each other's throats? And even if they can find a way to work together, can this awesome assemblage of heroes save two entire planets from destruction? There are billions of lives on the line, and it will take every single member of both teams to have any hope of stopping the Evolutionary - so what happens when the death of a hero changes the game? Collecting AVENGERS (2016) #672-674 and CHAMPIONS (2016) #13-15.
Rated T+
In Shops: Feb 07, 2018
SRP: $17.99
ORDER WISH LIST