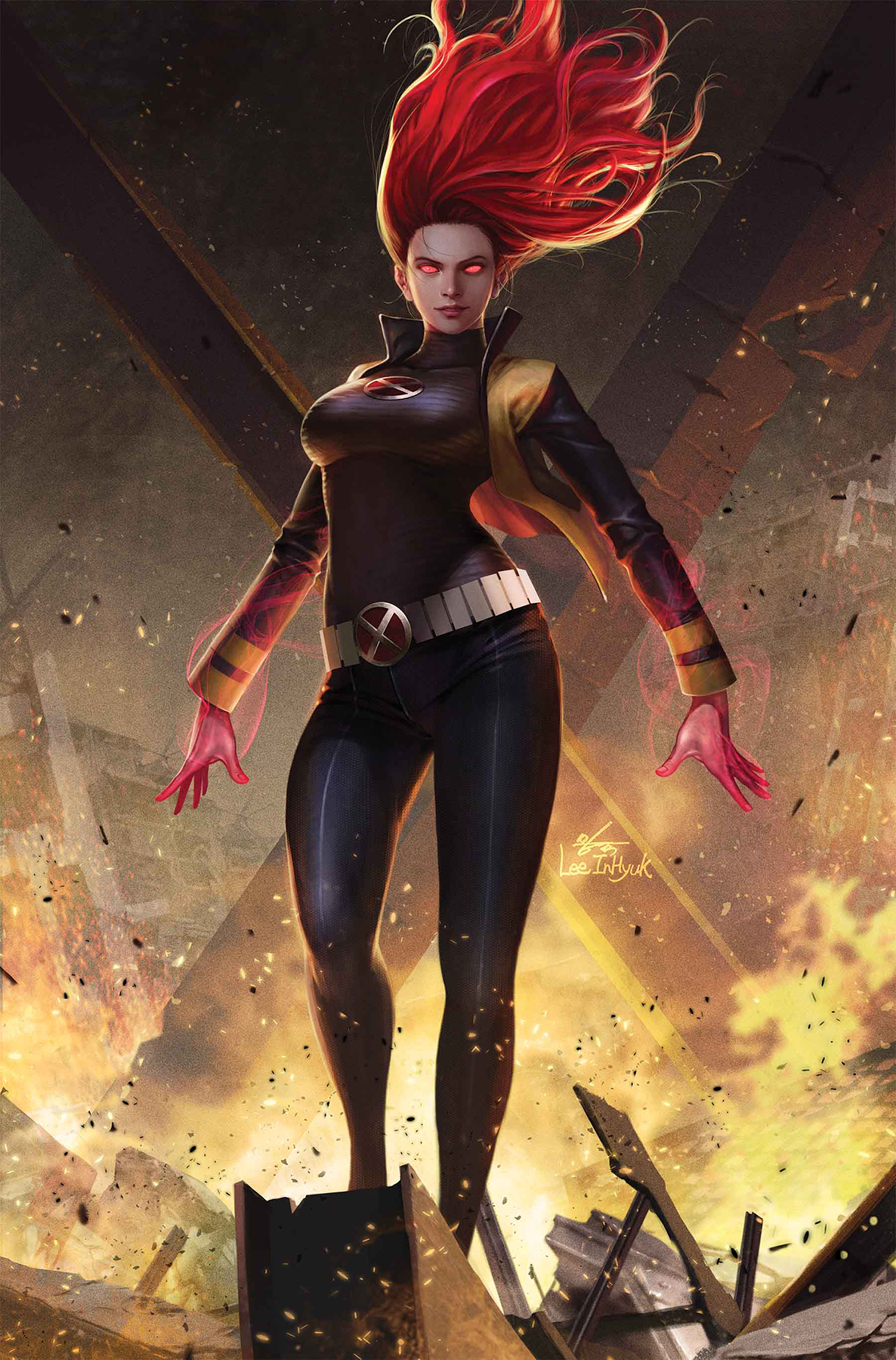 NOV170902
(W) Matthew Rosenberg (A) Khoi Pham (CA) In-Hyuk Lee
A light in the darkness is not always welcome.
Kitty Pryde, Old Man Logan and Cyclops are leading teams of X-Men all across the globe, chasing events connected to the Phoenix. But with teammates disappearing and familiar enemies returning, the X-Men are fighting a losing battle. Beast doesn't know how or what shape it will take, but he knows they are running out of time before the Phoenix makes its true presence known.
Meanwhile, a young woman named Jean is starting to go insane in her peaceful, suburban life. Nightmares and daydreams are spilling over into the world and revealing cracks in her reality. Jean's life and everything in it may just be a facade, but made by who? And why?
Jean needs to escape. The X-Men need to stop the cycle of death the Phoenix brings. Their worlds will violently collide as Jean searches for an opening and the X-Men fight for closure. But when they are brought together, will the X-Men be reunited with their long-lost teammate - or something darker?
Rated T+
In Shops: Jan 31, 2018
SRP: $4.99
View All Items In This Series
ORDER WISH LIST