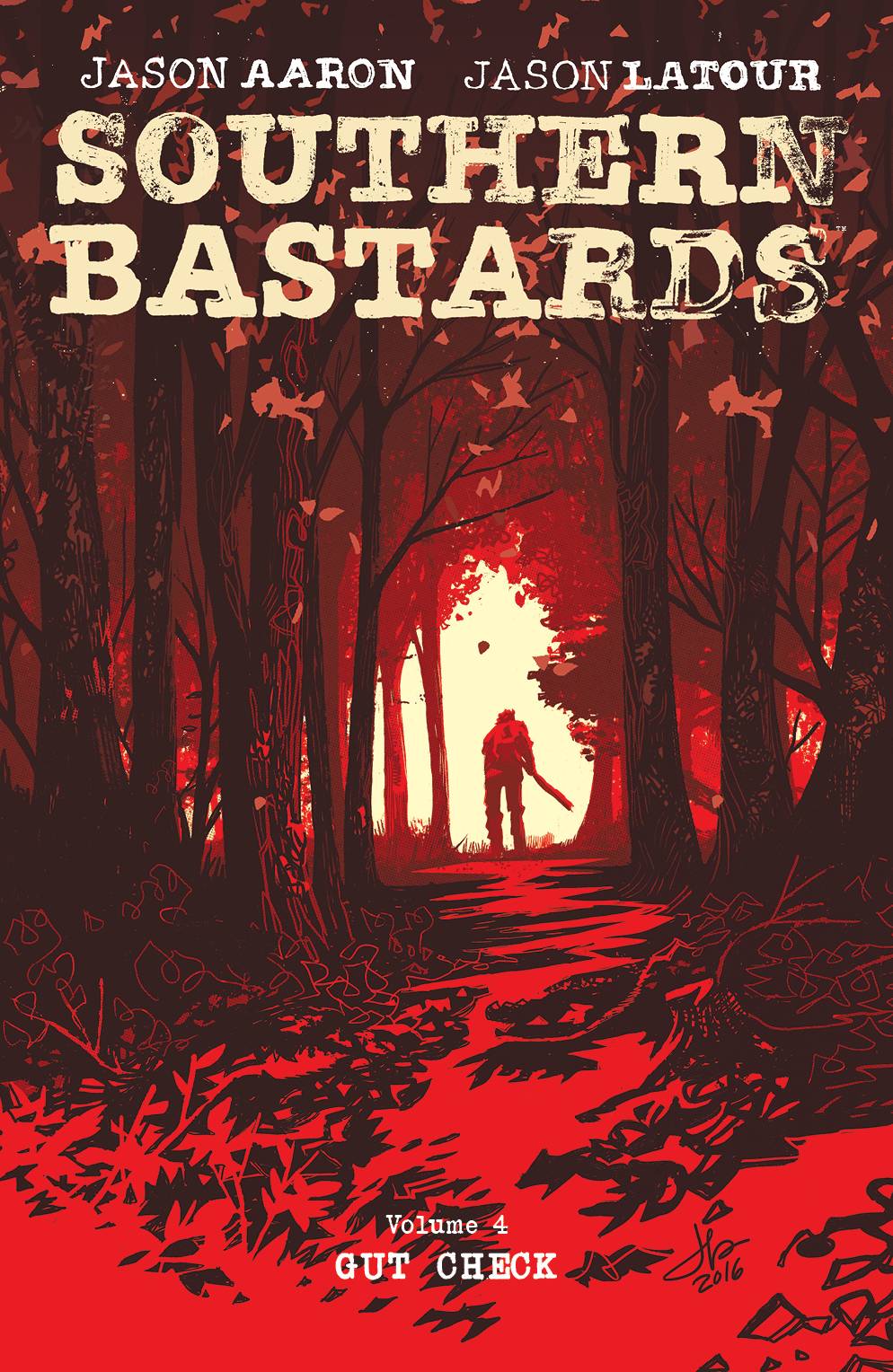 #
NOV170835
(W) Jason Aaron, Jason Latour (A) Chris Brunner (A/CA) Jason Latour
Coach Boss holds sway over Craw County for one reason: he wins football games. But after the biggest, ugliest loss of his career, the coach must become more of a criminal than ever before if he's gonna keep ahead of his enemies. Enemies like Roberta Tubb, who's come to town with a machine gun and some serious questions about how her daddy died. The 2015 Harvey Award-winning (Best New Series) and 2016 Eisner Award-winning (Best Continuing Series) southern-fried crime comic by JASON AARON & JASON LATOUR is back for another round of football, BBQ, and bloodshed! Collects SOUTHERN BASTARDS #15-20.
In Shops: Jun 27, 2018
SRP: $16.99
View All Items In This Series
ORDER WISH LIST