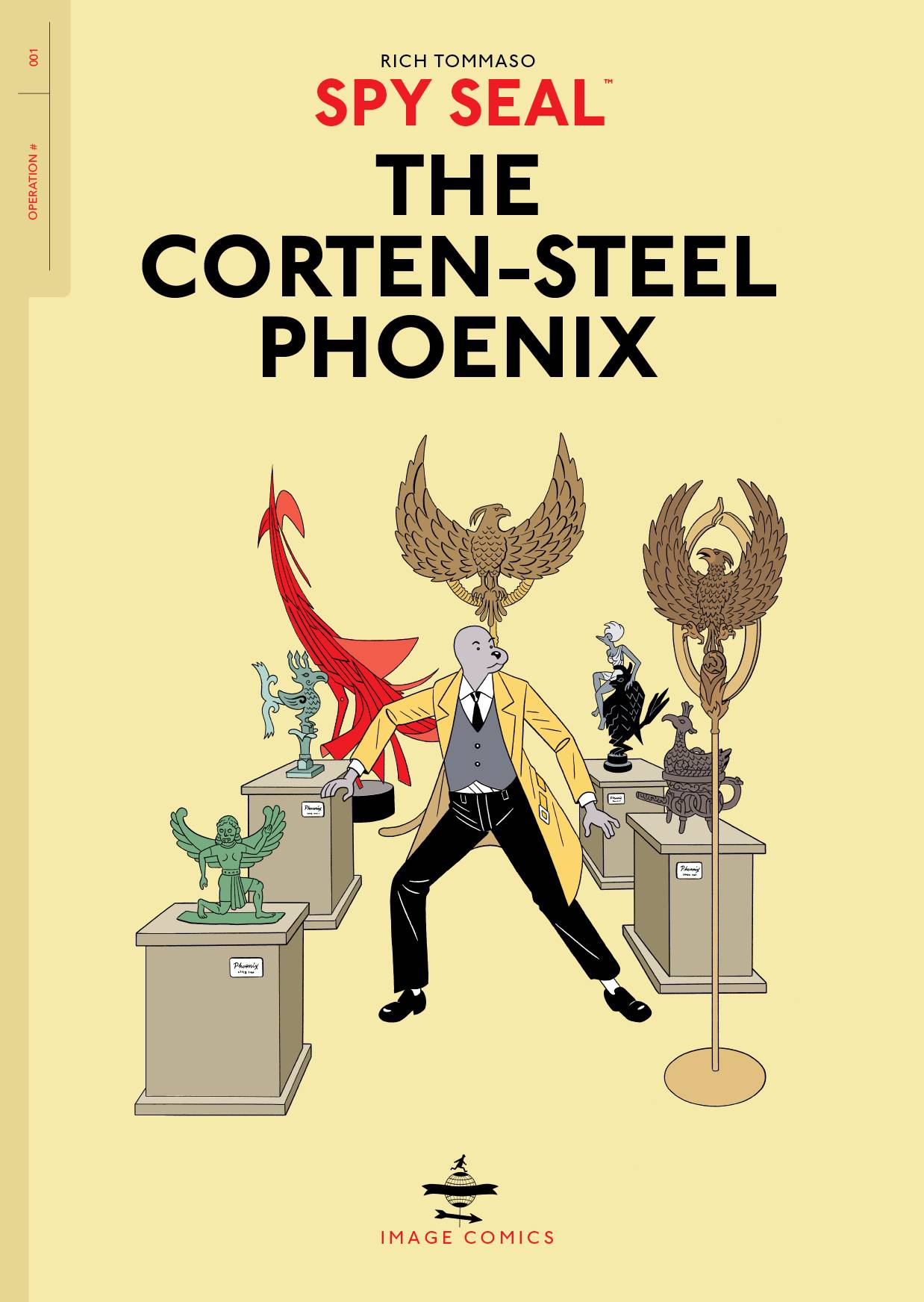 #
NOV170686
(W) Rich Tommaso (A/CA) Rich Tommaso
Journey into the thrilling world of international espionage as one of Britain's most covert MI-6 divisions, the Nest, recruits a brand-new secret agent to their team: Spy Seal! Follow the newbie spy and his furry colleagues on exciting train rides, high-speed car chases, high-flying air adventures, and down secret underground tunnels, all in an effort to hunt down a dangerous British-turned-Soviet double agent-a slippery spy who poses as an upscale art dealer while covertly killing off important figures of Parliament. What is the reasoning behind this double agent's terrorist actions? Why are three masked bunny rabbits vandalizing paintings at every London gallery? And just what is this elusive Corten-Steel Phoenix anyway? Check out this deluxe format edition to decipher the answers to these and other puzzling questions in RICH TOMMASO's (SHE WOLF) latest series, visually reminiscent of such classic comics as The Adventures of Tintin and Usagi Yojimbo.
Collects SPY SEAL #1-4
In Shops: Jan 24, 2018
SRP: $12.99
View All Items In This Series