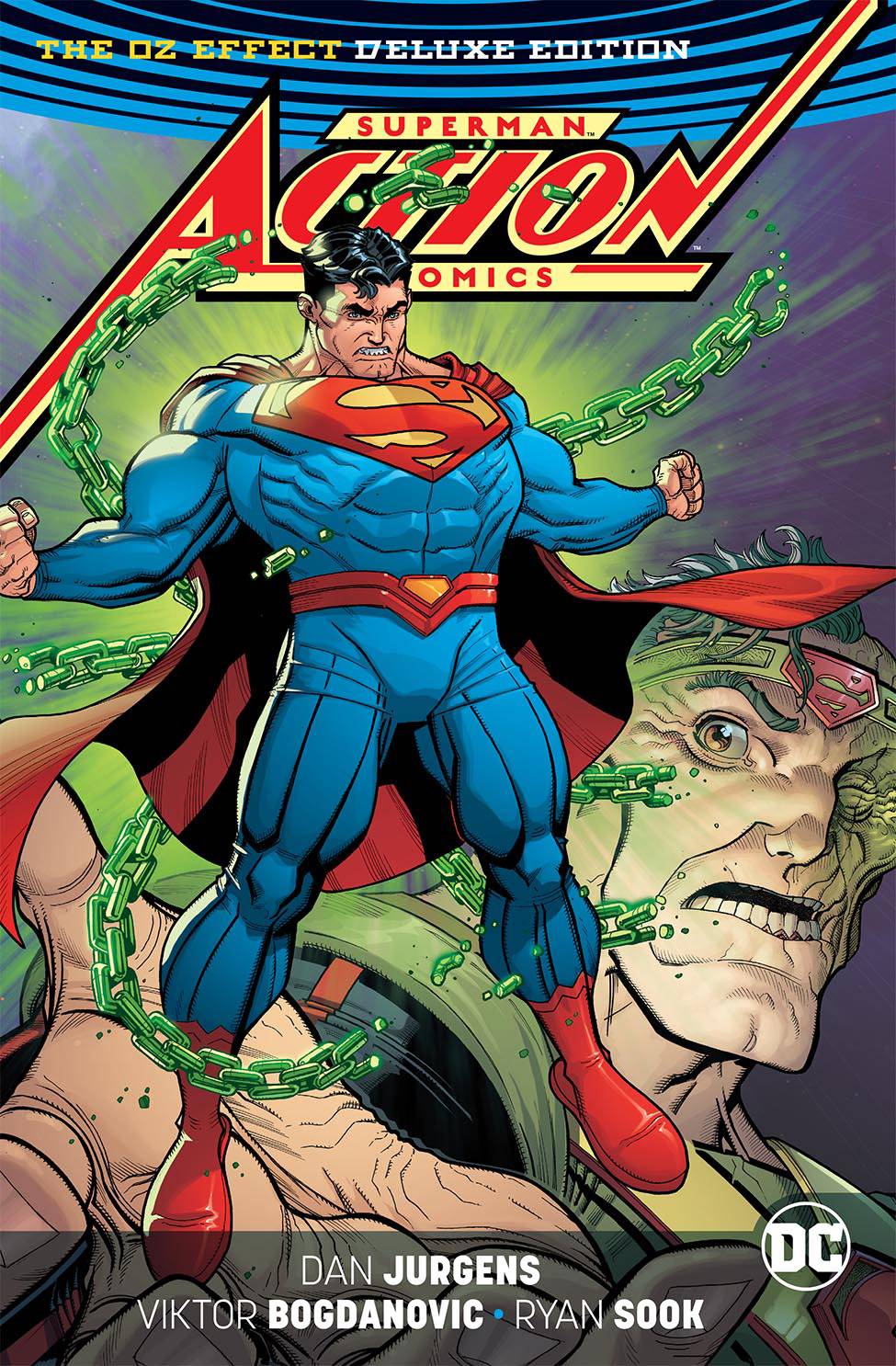 #
NOV170353
(W) Dan Jurgens, Rob Williams (A) Viktor Bogdanovic, Ryan Sook, Dan Jurgens, Guillem March, Will Conrad, Jonathan Glapion, Jay Leisten, Trevor Scott, Scott Hanna (CA) Nick Bradshaw
Since the dawn of the Rebirth era, Mr. Oz has been plotting against DC's heroes. But when Mr. Oz at last steps from the shadows, his true identity rocks the Last Son of Krypton to his core. And if Superman refuses to join Mr. Oz's cause, maybe Superboy will! The stakes are raised when the Last Son of Krypton is forced to choose between his son and his adopted home planet. This new hardcover features a lenticular dust jacket on the first printing only and collects ACTION COMICS #985-992.
In Shops: Mar 21, 2018
SRP: $29.99