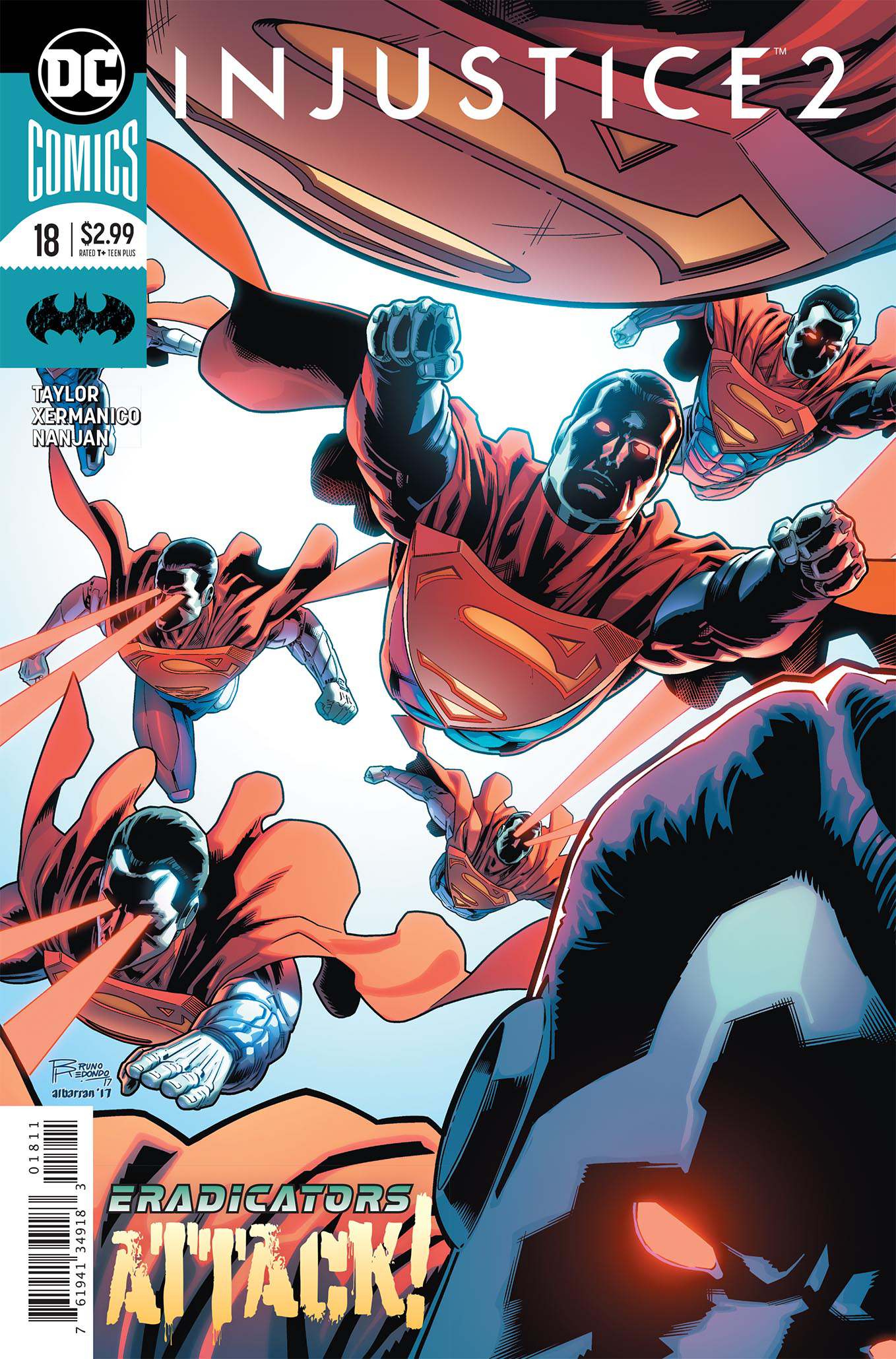 NOV170284
(W) Tom Taylor (A) Xermanico (CA) Bruno Redondo, Juan Albarran
Batman discovers more heroes he can recruit in the battle against Ra's al Ghul, but first he's going to have to rescue them from the Phantom Zone. That means a trip to the abandoned Fortress of Solitude-which may not be as free of occupants as Batman thought.
RATED T
In Shops: Jan 17, 2018
SRP: $2.99
View All Items In This Series