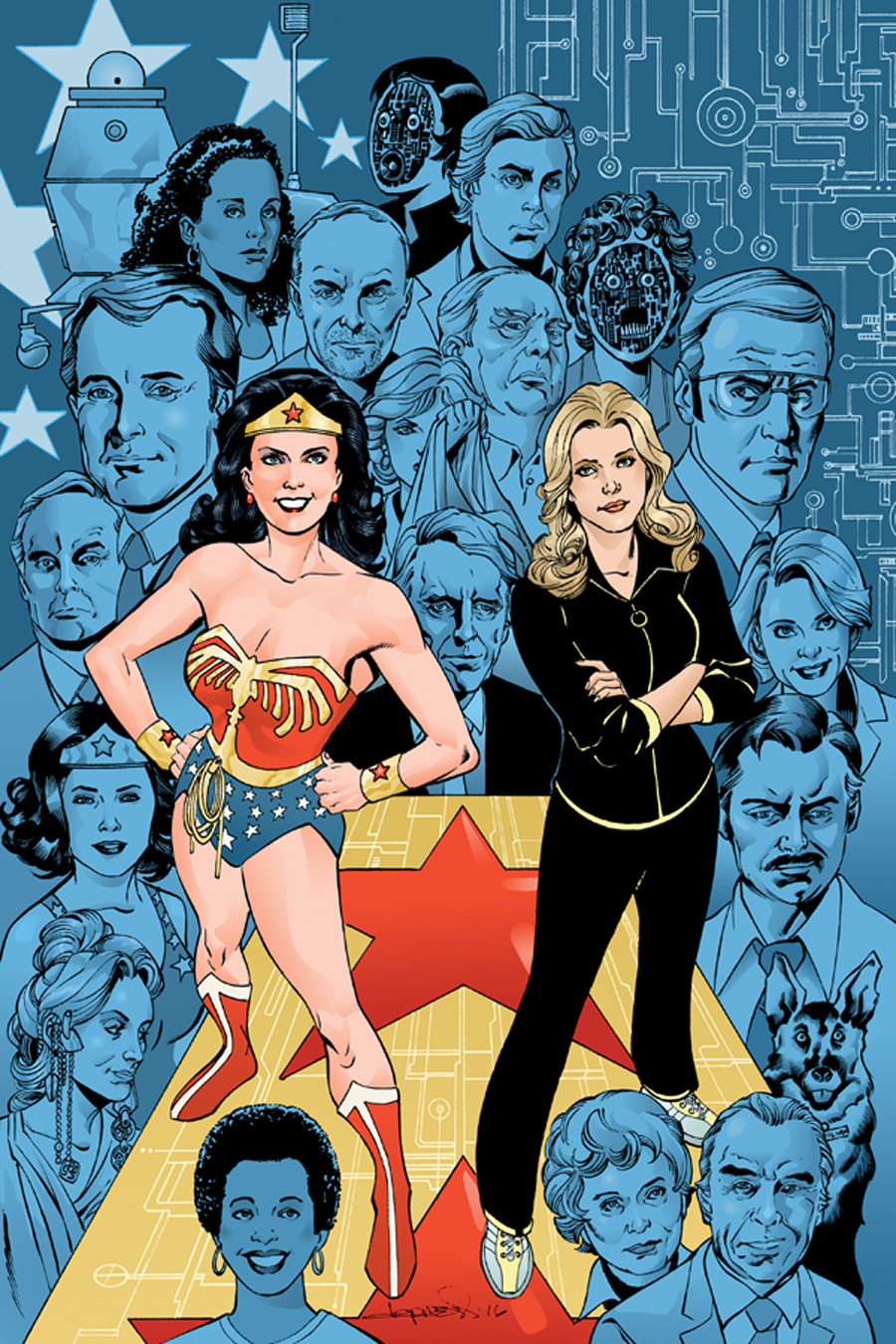 NOV168176
(W) Andy Mangels (A) Judit Tondora (CA) Aaron Lopresti
Bullets & Bracelets & Bionics! The dream team that no one thought was even possible is now reeling after the events of the debut issue! Diana Prince (aka Wonder Woman) and Jaime Sommers (The Bionic Woman) must join forces to find out who laid waste at the IADC headquarters, without the help of a powerful ally. Meanwhile, the evil cabal CASTRA continues its evil plans, and not one, not two, but three familiar villains are revealed! But while Wonder Woman and the Bionic Woman engage in a battle at sea, a jailbreak in Washington, D.C. leads to another shocking returnee...with a very deadly agenda! Written by best-selling author ANDY MANGELS (Star Trek & Star Wars) and illustrated by JUDIT TONDORA (Grimm Fairy Tales), WONDER WOMAN '77 MEETS THE BIONIC WOMAN is already garnering tremendous media publicity... and they're just getting started!
In Shops: Jan 25, 2017
SRP: PI
View All Items In This Series
ORDER WISH LIST