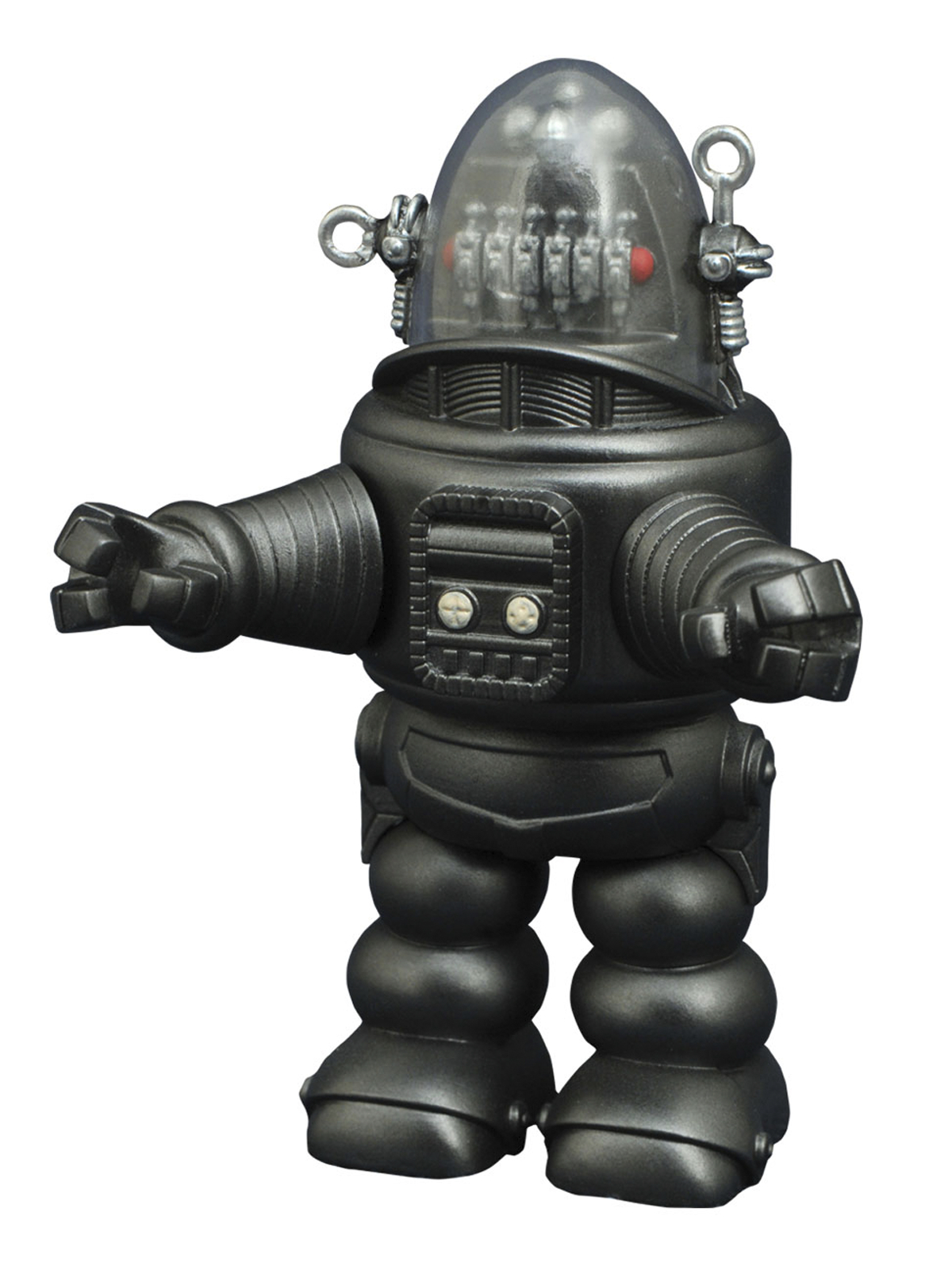 NOV162421
A Diamond Select Toys Release! From the Forbidden Planet comes one of the most advanced robots of all time: Robby the Robot! A triumph of engineering when he made his acting debut in the 1957 sci-fi classic, Robby went on to become one one of Hollywood's most famous robot actors, and now he's the newest 4-inch Vinimates vinyl figure! Sculpted in the block-figure style, Robby comes packaged in a full-color window box.
In Shops: May 17, 2017
SRP: $9.99