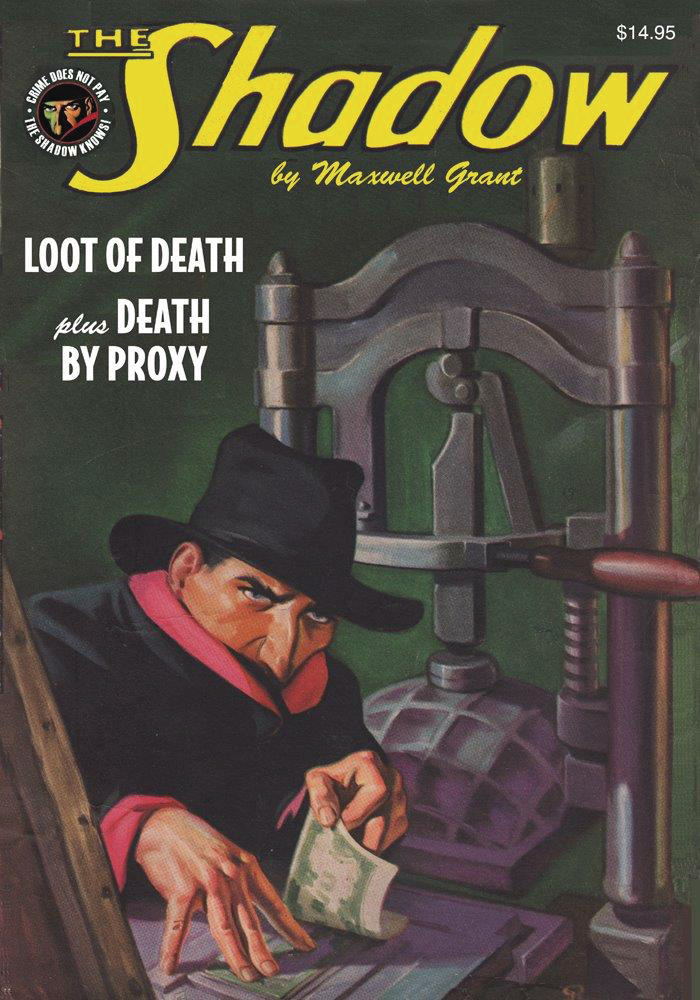 NOV162123
(W) Maxwell Grant, Walter B. Gibson, Will Murray (A) Tom Lovell, Edd Cartier (CA) George Rozen
Alone and unaided, The Shadow wages a solo war on crime in two thrilling pulp novels by Walter B. Gibson. First, the Knight of Darkness investigates a murder ring whose victims die twice, first in real life followed by a "Death by Proxy." Then, the police assume a million-dollar crime to be a simple bank robbery, but The Shadow knows there is a hidden secret behind the "Loot of Death." This double novel pulp reprint showcases the original color pulp covers by George Rozen and the classic interior illustrations by Tom Lovell and Edd Cartier, with historical commentary by Will Murray.
In Shops: Feb 01, 2017
SRP: $14.95
View All Items In This Series
ORDER SUBSCRIBE WISH LIST