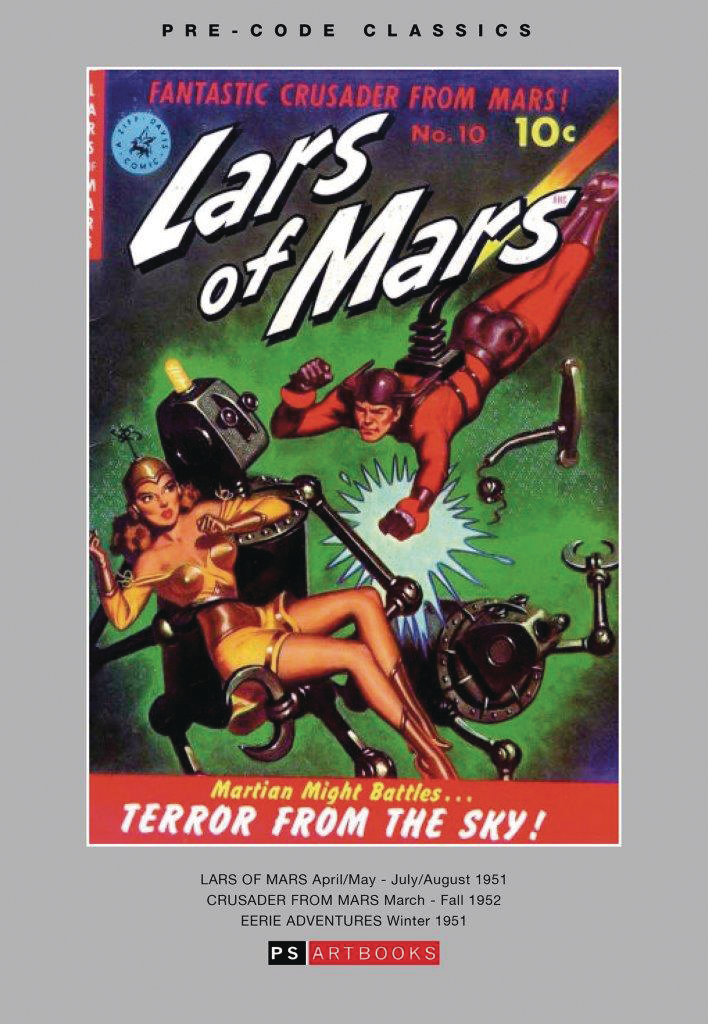 NOV161733
(W) Jerry Siegel (A) Murphy Anderson, Gene Colan, Marvin Stein, Henry Sharp, George Roussos, Michael Becker, Bob Powell, Al Carreno (A/CA) Allen Anderson
This one is hard to overplay, comicbook fans in that material like the stuff contained in the handful of issues that made up the full output of Ziff Davis's Lars Of Mars is tough to beat. No, strike that: it's impossible to beat! Heck, written by Jerry Siegel and drawn by Murphy Anderson and the true forerunner of the Red Planet's J'onn J'onzz, this is the real McCoy. Collects Lars of Mars #10 (April/May 1951) and #11 (July/August 1951), Crusader from Mars #1 (March 1952) and #2 (Fall 1952), and Eerie Adventures #1 (Winter 1951).
In Shops: Apr 19, 2017
SRP: $59.99
ORDER WISH LIST