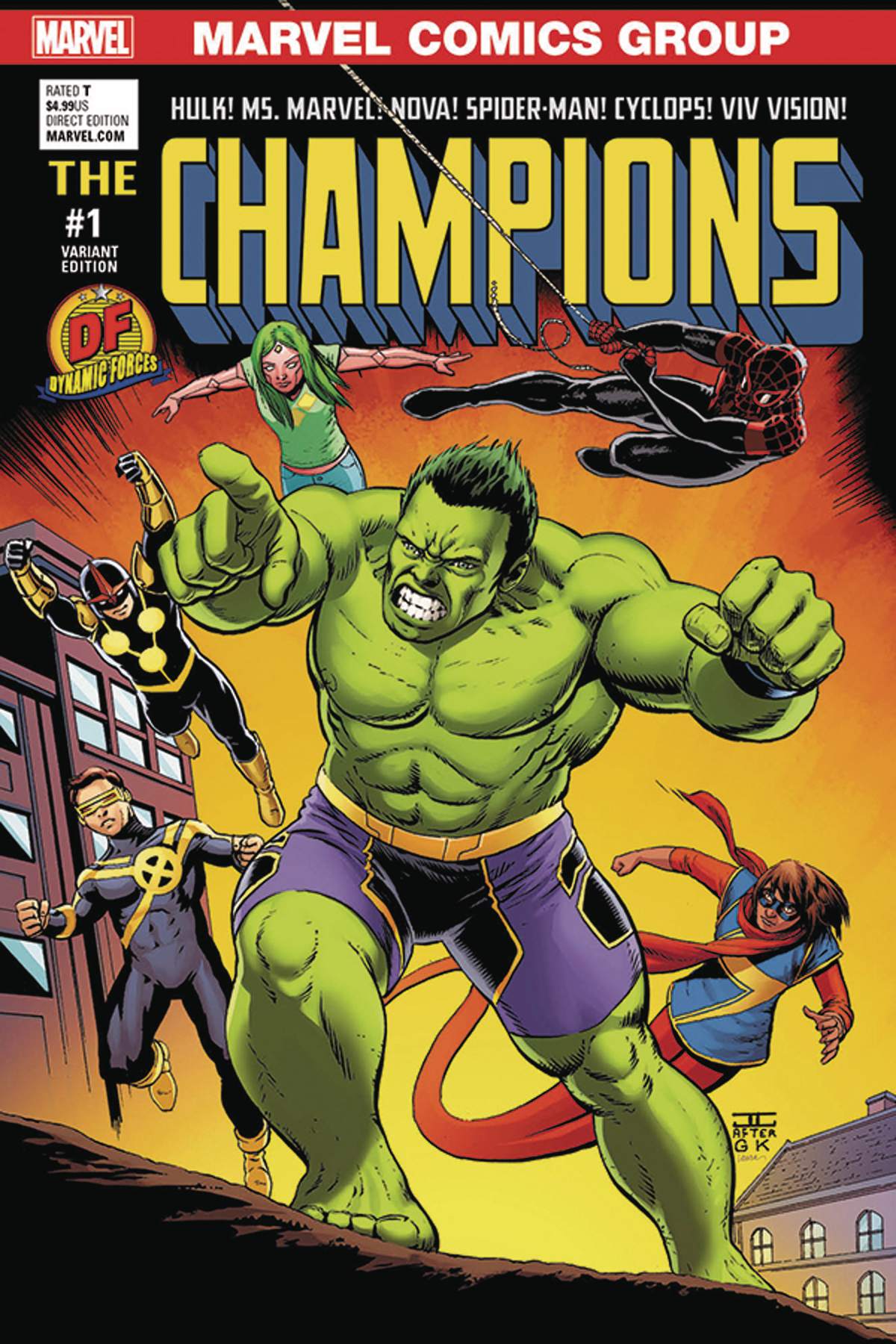 NOV161526
Following the fallout of CIVIL WAR II, Avengers Ms. Marvel, Nova and Spider-Man strike out on their own - joined by Cyclops, Viv Vision and the Totally Awesome Hulk! Six young heroes determined to change the world - and they're only the beginning! FINAL COVER MAY VARY. ALLOCATIONS MAY OCCUR. Event priced at $19.75 in honor of the first appearance of The Champions in 1975!
In Shops: Dec 06, 2017
SRP: $19.75
ORDER WISH LIST