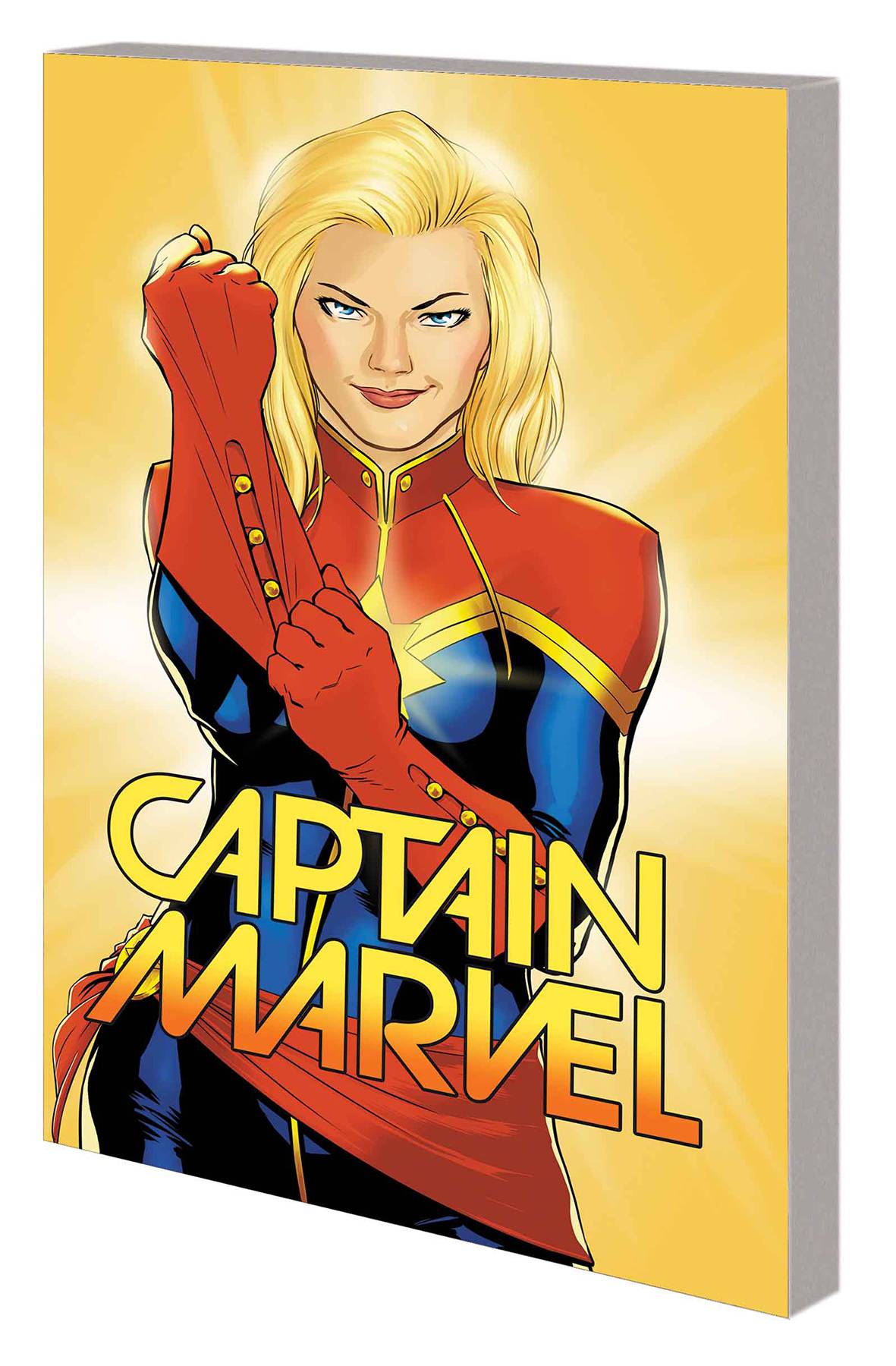 #
NOV160984
(W) Kelly Sue DeConnick (A) Various (CA) David Lopez
Higher, further, faster, more! That's the daring new attitude of Earth's Mightiest Hero, Captain Marvel! As Carol Danvers comes to a crossroads in her life, she makes a dramatic decision that will alter the course of everything. But when she heads into space, Carol lands in the middle of a galactic uprising! And taking her cat with her seemed like a good idea at the time, but there's more to Chewie than meets the eye - unless you're Rocket Raccoon, Carol's new ally in the Guardians of the Galaxy! Plus: When a bad guy she has history with tries to blackmail her - and turn the Avengers against her - it's payback time! Captain Marvel's mighty adventures continue as she shows how to win friends and influence people of all species! Collecting CAPTAIN MARVEL (2014) #1-11.
Rated T+
In Shops: Feb 15, 2017
SRP: $29.99
View All Items In This Series