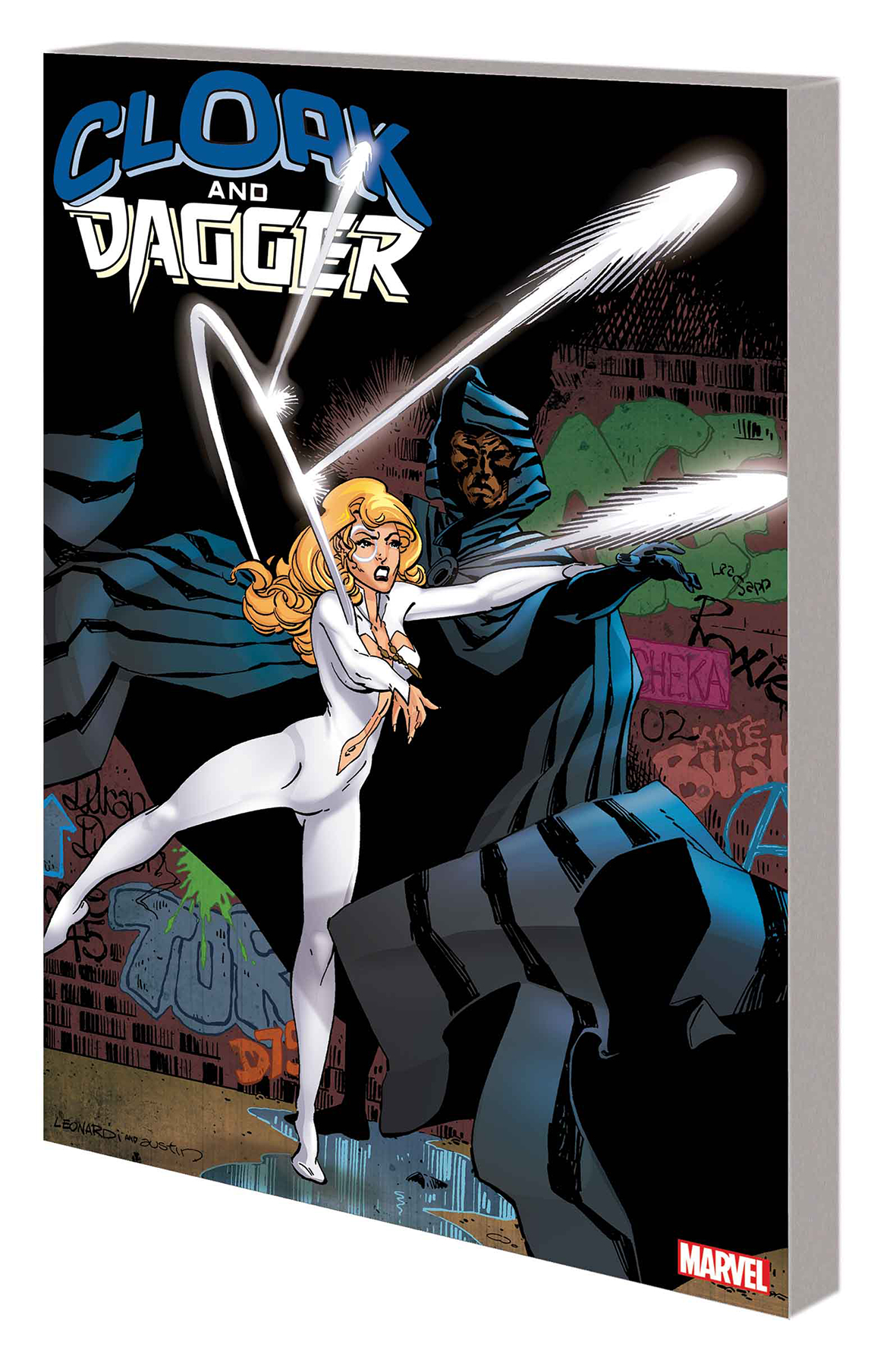 NOV160981
(W) Various (A) Various (CA) Rick Leonardi
Cloak and Dagger step out of the darkness and into the light! But will this pair of violent vigilantes be friends or foes to the spectacular Spider-Man? The young duo's war on drugs will put crime bosses Silvermane and Kingpin in their sights - with the wall-crawler stuck in the middle! Then, follow Tyrone Johnson and Tandy Bowen into their own uncanny adventures, and discover what set them on their dark path. Detective O'Reilly wants to arrest them, Father Delgado wants to reform them - but does anyone really understand them? Plus: After Spidey chaperones their first meeting, Cloak and Dagger face a power struggle with the New Mutants! Collecting PETER PARKER, THE SPECTACULAR SPIDER-MAN (1976) #64, #69-70, #81-82 and #94-96; CLOAK AND DAGGER (1983) #1-4; MARVEL TEAM-UP ANNUAL #6; MARVEL FANFARE (1982) #19; and NEW MUTANTS (1983) #23-25.
Rated T
In Shops: Feb 08, 2017
SRP: $34.99