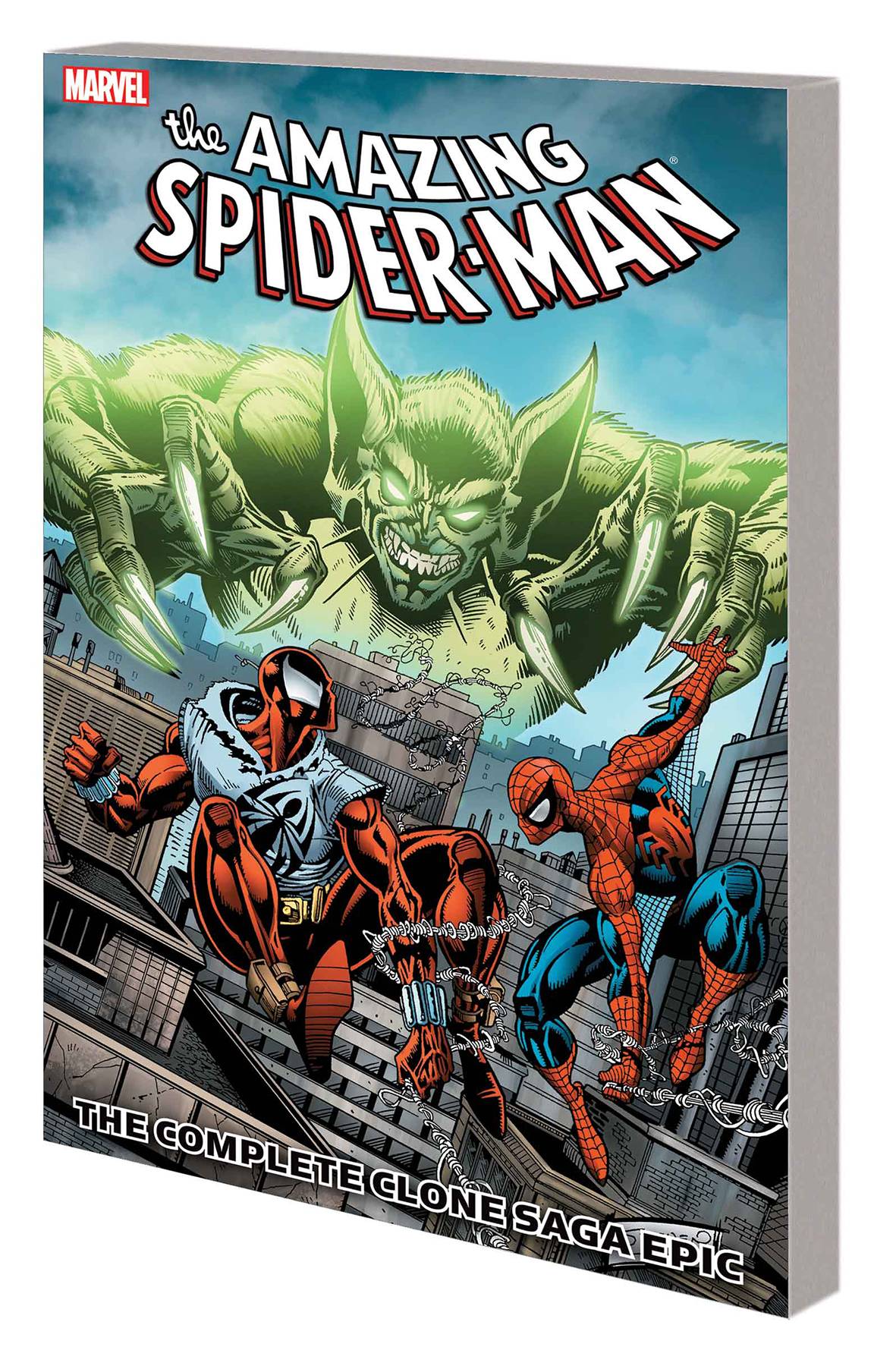 #
NOV160980
(W) Various (A) Various (CA) Steven Butler
Villains die and debut in the nineties' pivotal Spider-saga! Spider-Man and his clone the Scarlet Spider are both fighting crime, and there's plenty to go around when the Jackal arises - with more clones in the wings! But following a team-up with Daredevil, who's having an identity crisis of his own, Spidey faces a fate that could end his web-slinging days forever! The answer may come from one of Spider-Man's deadliest enemies - but what price will he pay for it, and what prize will he leave behind? Plus: Mary Jane's revelation! Aerial crime warfare, terrorism and a funeral for a fiend! Guest-starring Kaine, Puma and the enigmatic Nocturne! Collecting AMAZING SPIDER-MAN (1963) #395-399, SPECTACULAR SPIDER-MAN (1976) #218-221, WEB OF SPIDER-MAN (1985) #120-122, SPIDER-MAN (1990) #54-56, SPIDER-MAN: FUNERAL FOR AN OCTOPUS #1-3 and SPIDER-MAN UNLIMITED (1993) #8.
Rated T
In Shops: Jan 25, 2017
SRP: $34.99
View All Items In This Series
ORDER WISH LIST