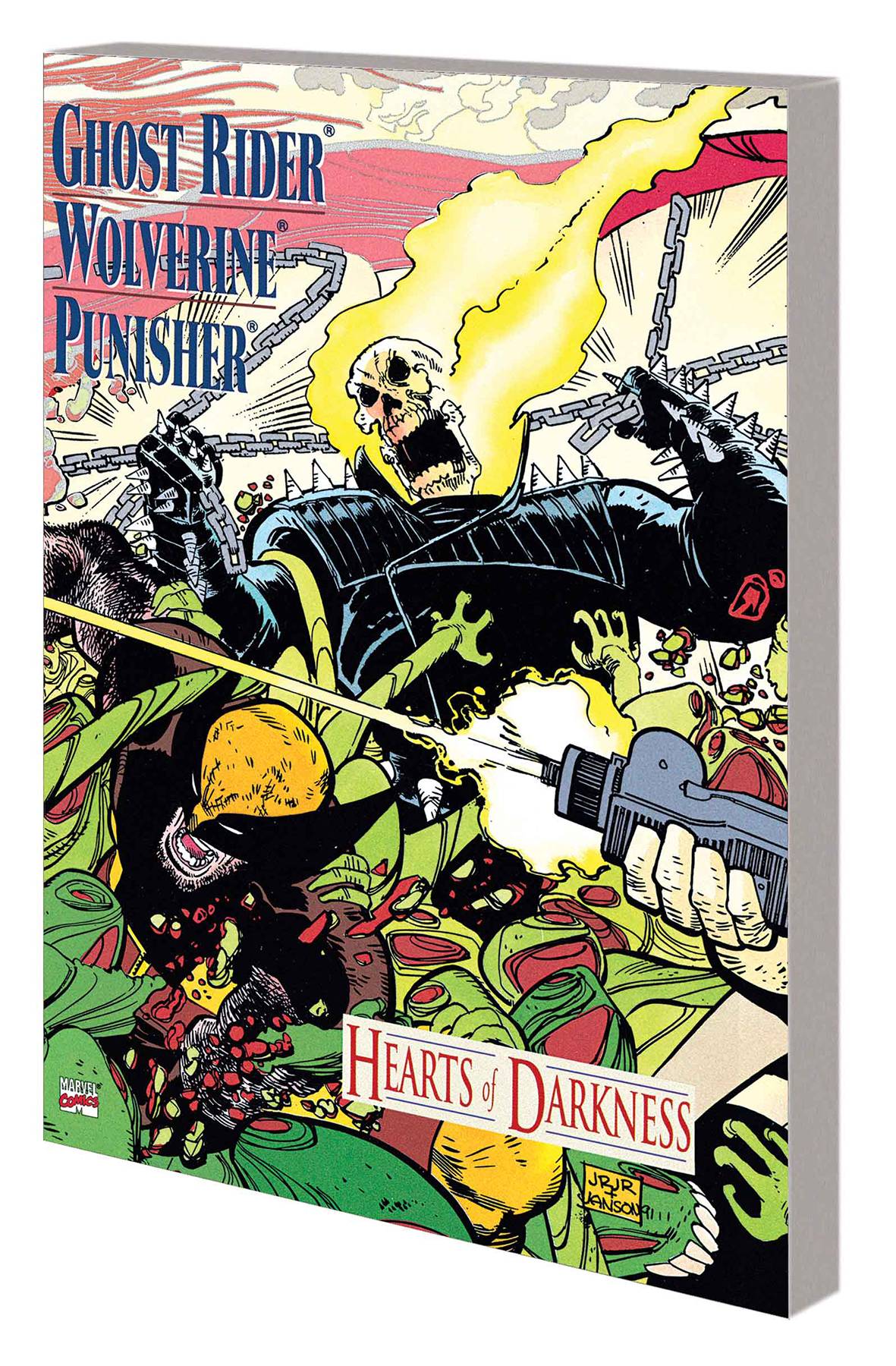 #
NOV160977
(W) Howard Mackie (A) Alex Garner (A/CA) John Romita
Three of Marvel's most hardcore heroes take on Blackheart, demonic son of Mephisto! When Danny Ketch, Logan and Frank Castle are lured to the Midwest town of Christ's Crown, they're offered a devilish deal: Kill the king of hell, and the answers to secrets that plague them will be revealed! But with the life of a local girl hanging in the balance, can Ghost Rider, Wolverine and Punisher resist Blackheart's pact? As the demon's design unfolds, and his deadly Corrupt overrun the town, all hope lies with the vigilante trio. Will they be overcome by the darkness in their hearts, or will it prove to be their greatest source of strength? Collecting GHOST RIDER/WOLVERINE/PUNISHER: HEARTS OF DARKNESS and THE DARK DESIGN.
Rated T+
In Shops: Feb 08, 2017
SRP: $15.99
ORDER WISH LIST