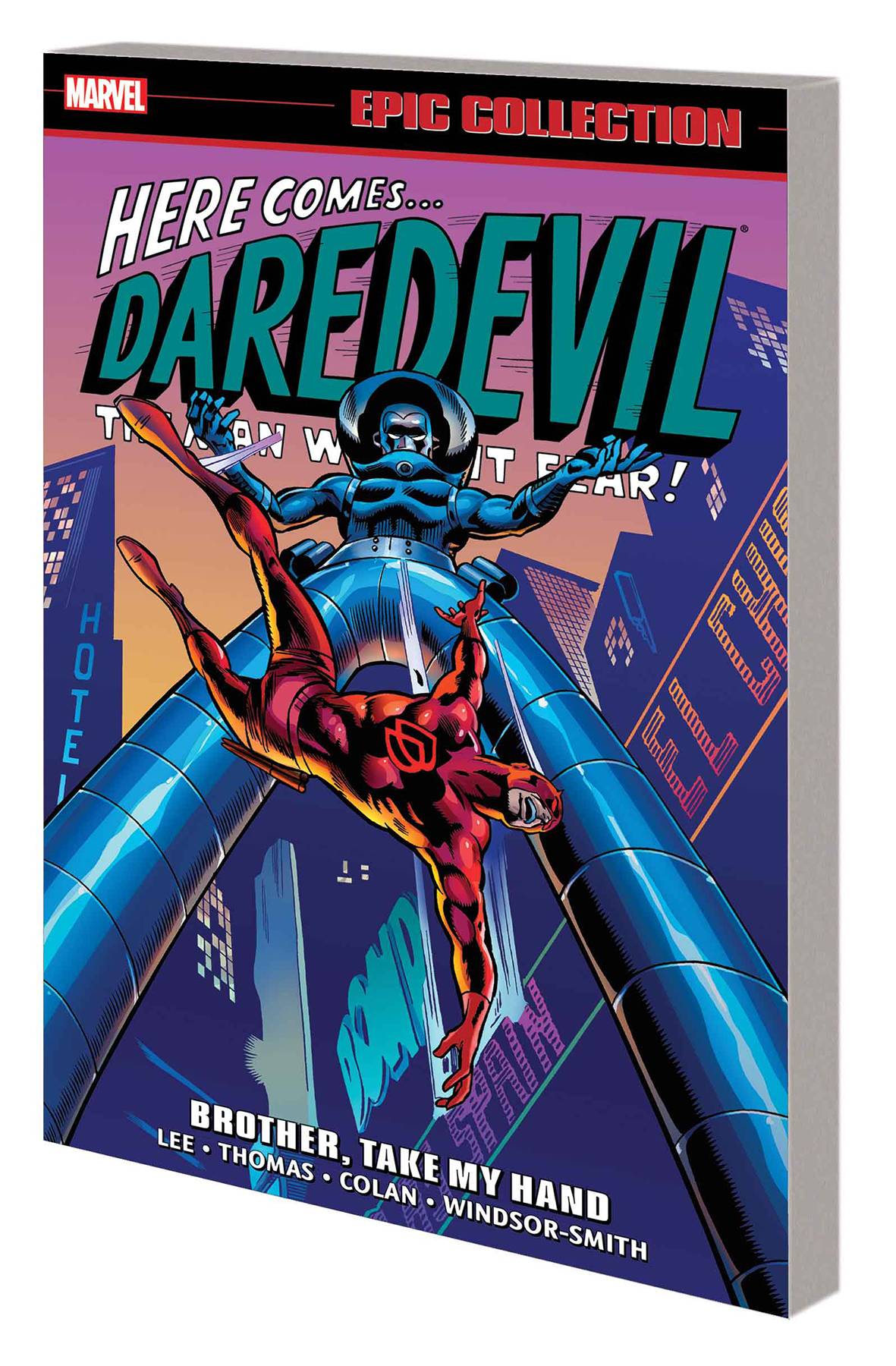 #
NOV160976
(W) Stan Lee, Roy Thomas (A) Barry Windsor-Smith (A/CA) Gene Colan
Matt Murdock has done battle with Marvel's most maddening villains - but when the Jester enters the fray, the rules change forever! Framing DD for murder, the Jester sets all of New York against the Man Without Fear - and the stakes get even higher when Starr Saxon discovers DD's secret identity! Daredevil also faces off against two of Marvel's greatest heroes, Captain America and the Black Panther - all the while struggling to rebuild his relationship with the lovely Karen Page. Then comes Death's Head, a villain with deep connections to those closest to Daredevil. It's a classic battle that pushes Matt Murdock to reveal his identity to Karen - but will it bring them closer together, or force them apart? Collecting DAREDEVIL (1964) #42-63.
All Ages
In Shops: Feb 22, 2017
SRP: $39.99