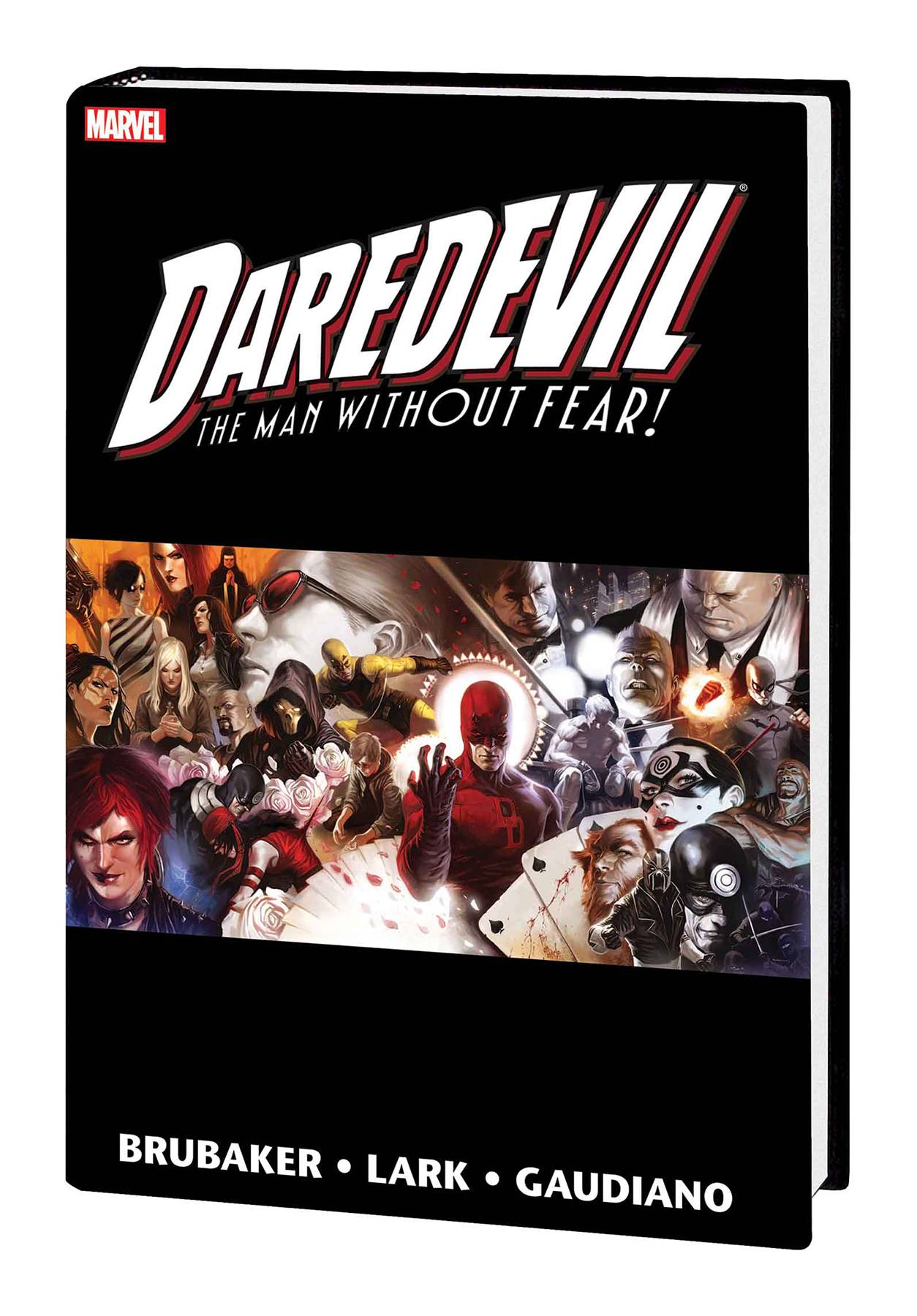 #
NOV160948
(W) Ed Brubaker, Various (A) Various (CA) Marko Djurdjevic
The critically acclaimed, award-winning creative team of Ed Brubaker and Michael Lark concludes its explosive run! The Hand is back in New York and in league with Lady Bullseye! The Kingpin has also returned, forging a surprising pact with Daredevil to target the ninja cult - but what is the former crime boss's true plan? Plus: An old friend brings Matt Murdock the last-minute appeal of a villain on death row. What will Matt do when confronted with a convicted bad guy who's completely innocent? Also featuring the threat of the Owl, and an unlikely new ally: The Black Tarantula! Plus: One of the most surprising endings in Daredevil's history! Collecting DAREDEVIL (1998) #106-119 and #500, DAREDEVIL ANNUAL (2007) #1, and DAREDEVIL: BLOOD OF THE TARANTULA.
Rated T+
In Shops: May 03, 2017
SRP: $75.00
View All Items In This Series
ORDER WISH LIST