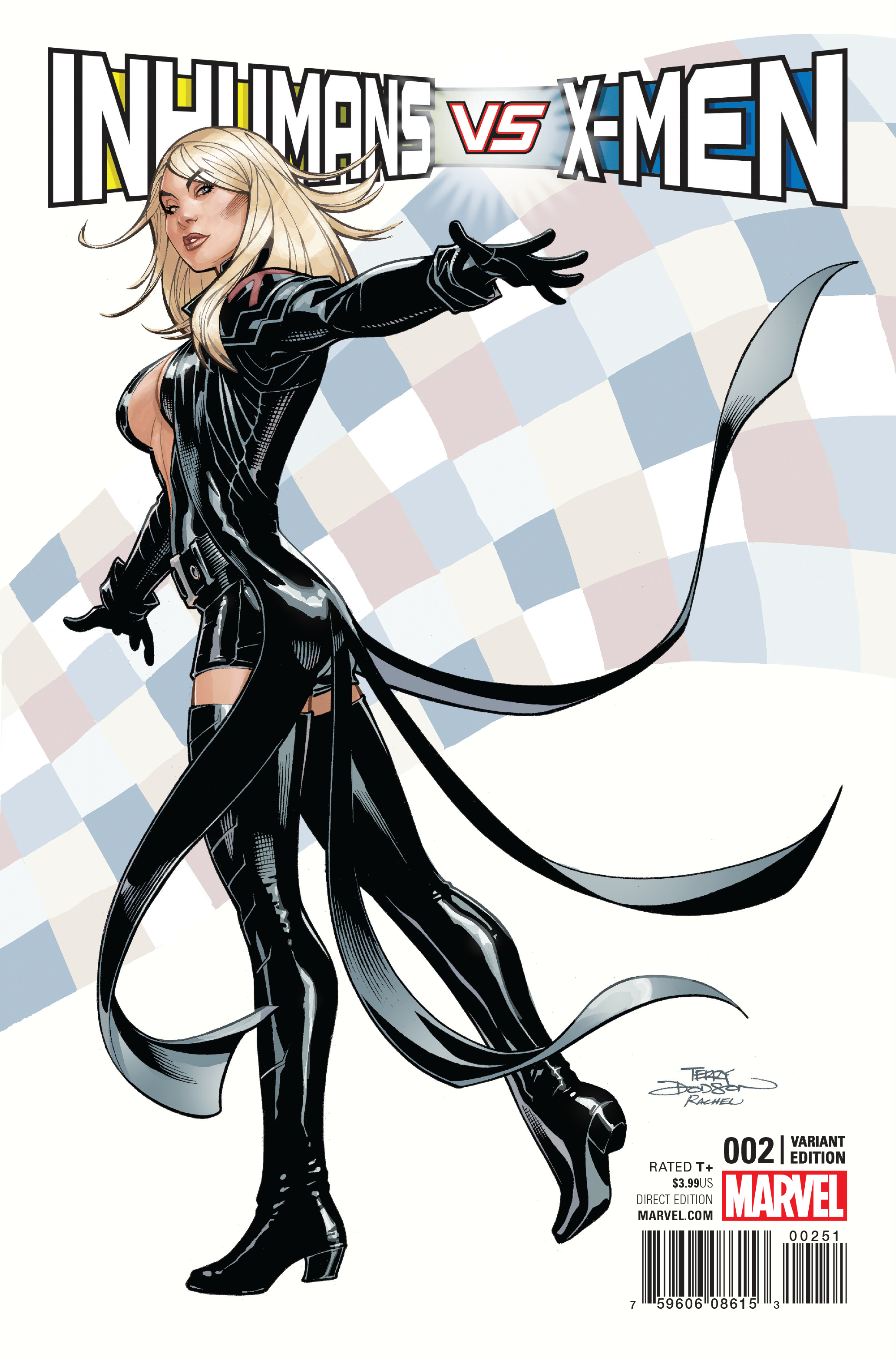 NOV160806
(W) Charles Soule, Jeff Lemire (A) Leinil Francis Yu (CA) Terry Dodson
• The Inhumans have failed to find a way to stop the deadly effect the Terrigen Cloud has on Mutantkind, so the X-Men have taken matters into their own hands.
•  New Attilan is under attack!
•  The Inhumans aren't surrendering their home without a fight, but is there something larger a stake?
Rated T+
In Shops: Jan 11, 2017
SRP: $3.99
View All Items In This Series