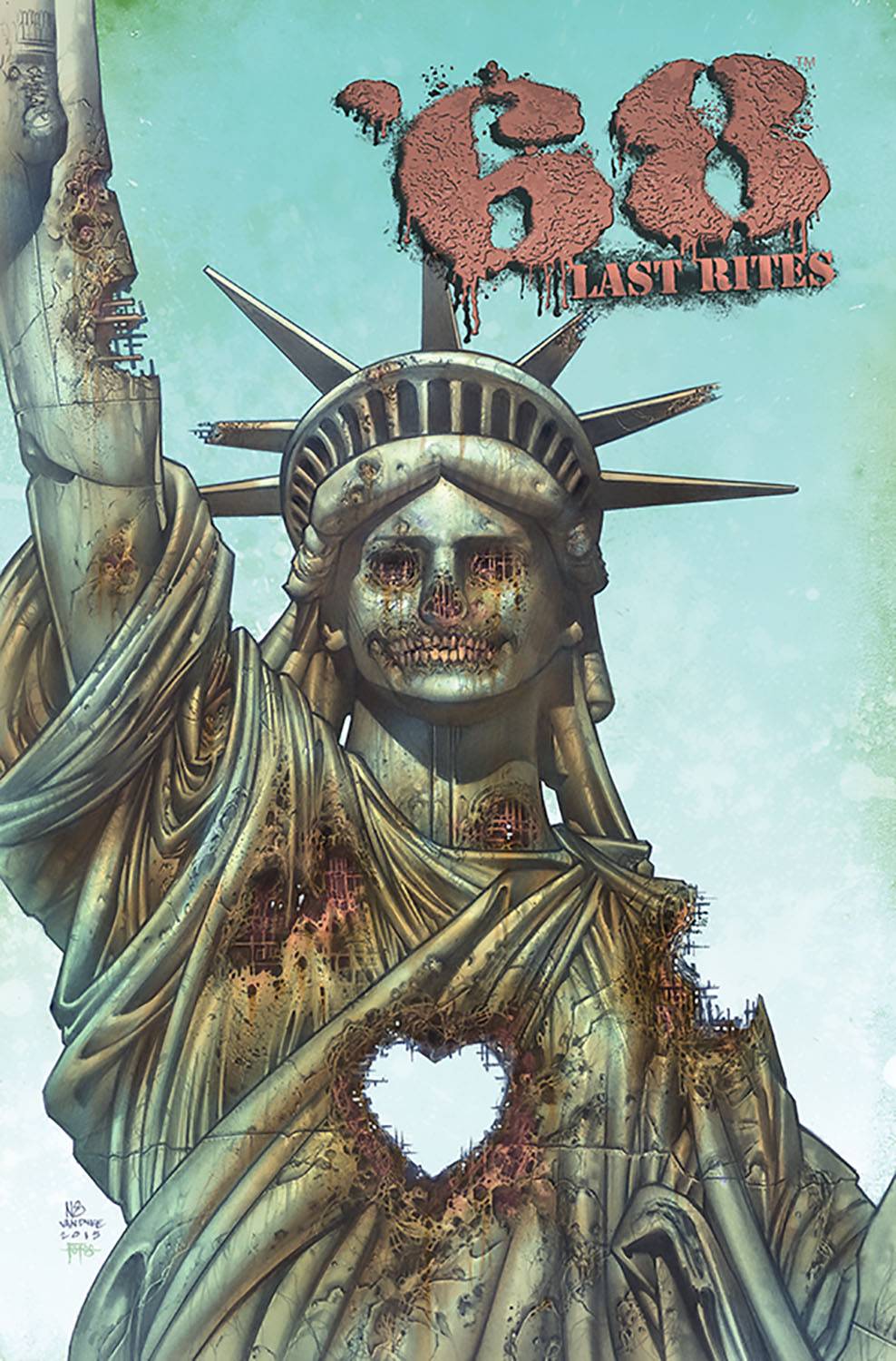 #
NOV160699
(W) Mark Kidwell (A) Nat Jones, Jeff Zornow (CA) Nate Van Dyke (A/CA) Jay Fotos
The greatest city in the world lies blanketed in ice and snow. There are no lights on Broadway, no taxis clogging the streets, and the Empire State stands like a frozen tombstone blanketing a dead metropolis in its shadow. These are the Popsicle Fields...a labyrinth of New York streets littered with the frozen undead. This is 1970, two years since the rise of the cannibalistic dead. This is '68: LAST RITES, the climactic sixth volume in the epic, award-winning military/horror comic series that brings all branching storylines to a close.

From writer MARK KIDWELL and artists JEFF ZORNOW and JAY FOTOS, '68: LAST RITES closes the curtain on the saga of the rise of the living dead in the age of Aquarius and unleashes a plague of the hungry dead on a generation of the lost!