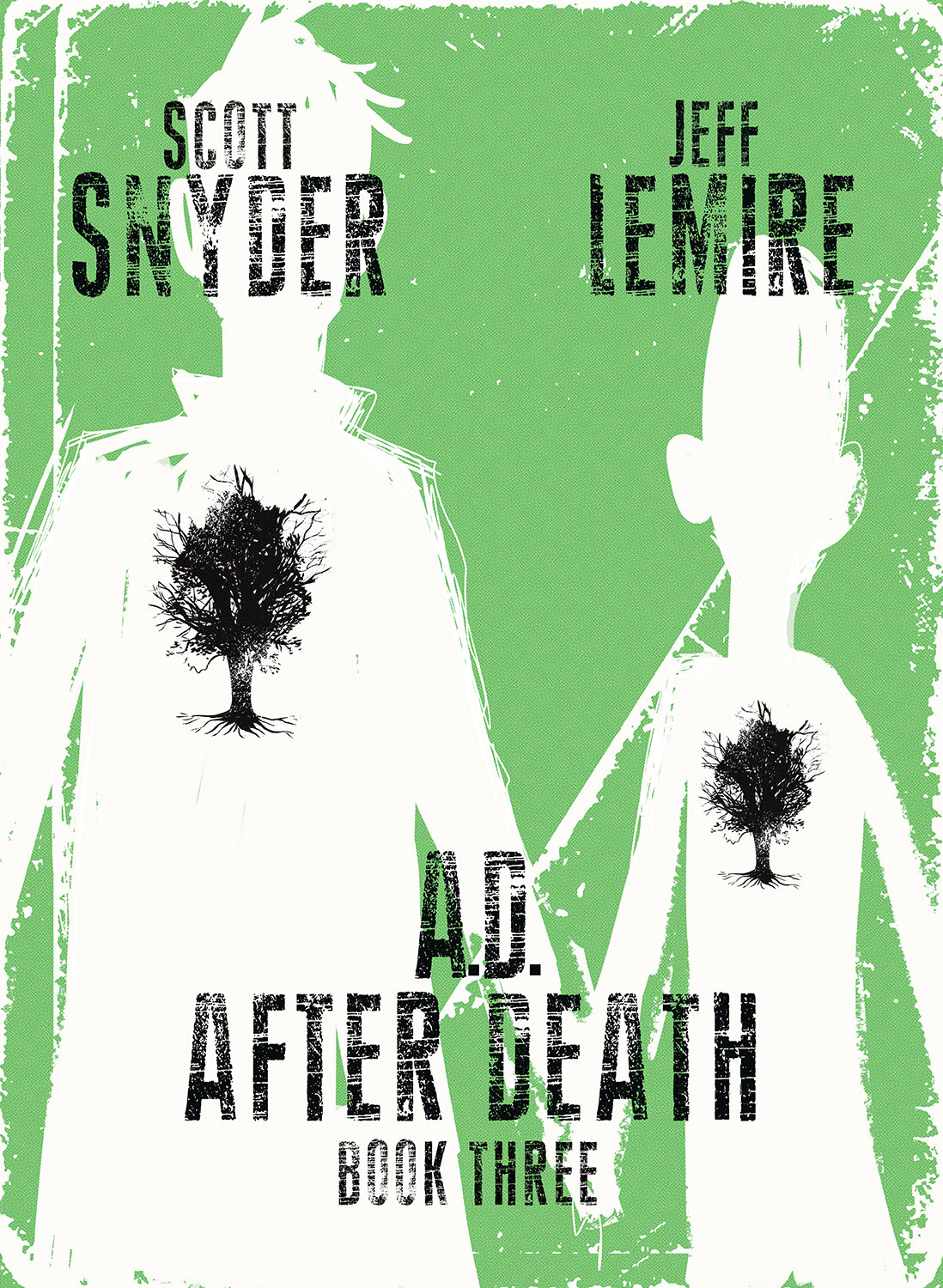 NOV160611
(W) Scott Snyder (A/CA) Jeff Lemire
MINI-SERIES FINALE
Jonah Cooke is on the run from a future he helped create, a future where death has been genetically cured. Yet he's finally come to accept that no matter how long he lives, he'll never escape his past. And now he's done the one thing that may put everyone left alive in jeopardy. The shocking conclusion of the sci-fi epic by two of comics' most acclaimed creators is here.
In Shops: May 10, 2017
SRP: $5.99
View All Items In This Series