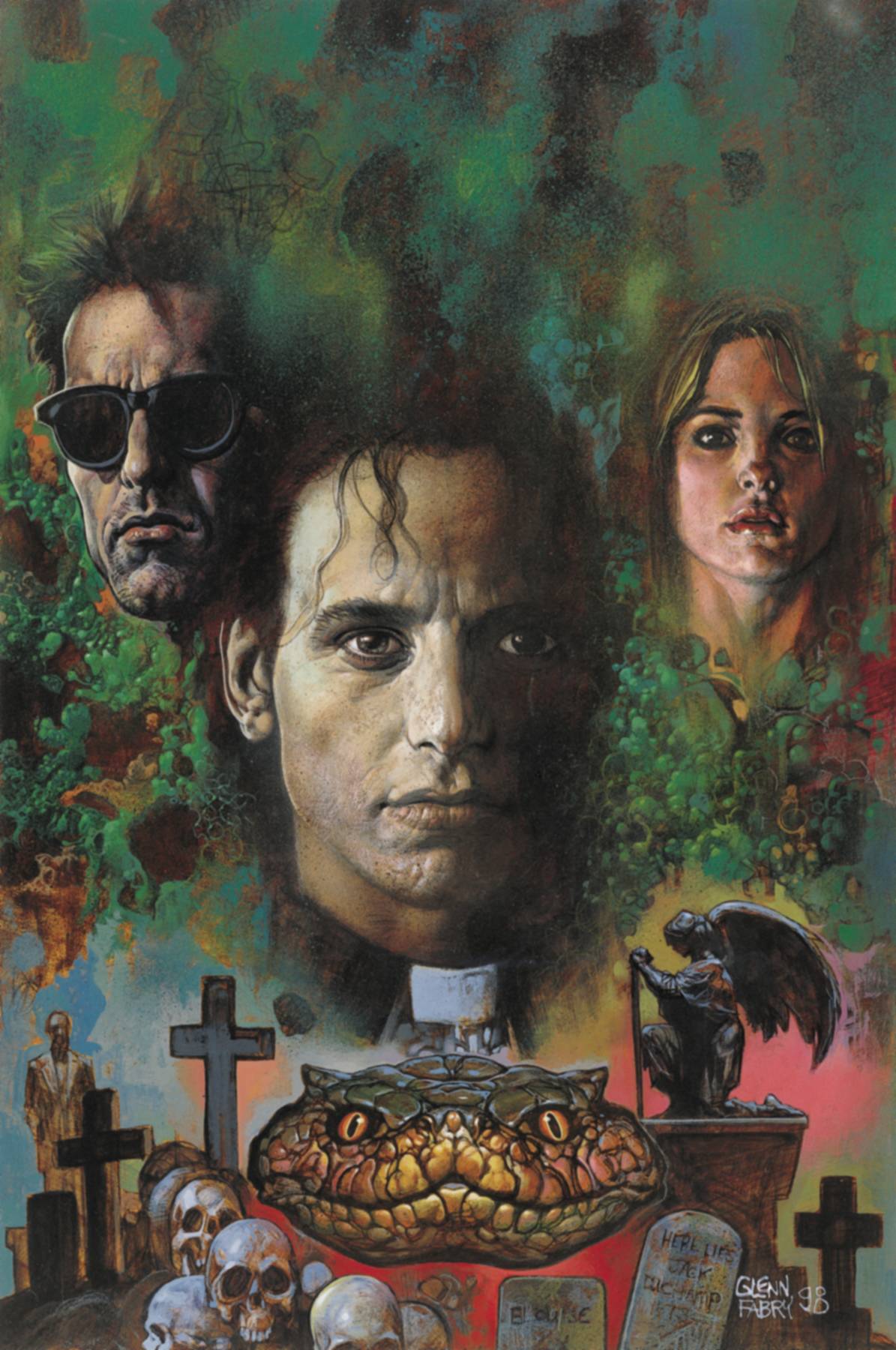 #
NOV160355
(W) Garth Ennis (A) Steve Dillon, Carlos Ezquerra, Steve Pugh, Peter Snejbjerg, Richard Case (CA) Glenn Fabry
In these tales from PREACHER #27-40, presented in DC's Absolute format for the first time, Jesse and Tulip are reunited at last. Together with Cassidy, they head for New Orleans in the hope of finding the secret buried in Jesse's psyche. And while Cassidy and Tulip face the painfully pretentious Enfants du Sang, Jesse taps into some dark magic-all while Herr Starr gathers his forces against the trio. And, against all odds, Arseface finds fame as a singer! Also includes THE SAINT OF KILLERS #1-4 and the specials ONE MAN'S WAR, CASSIDY-BLOOD AND WHISKEY, THE GOOD OLD BOYS and THE STORY OF YOU-KNOW-WHO.
In Shops: May 03, 2017
SRP: $150.00
View All Items In This Series
ORDER WISH LIST