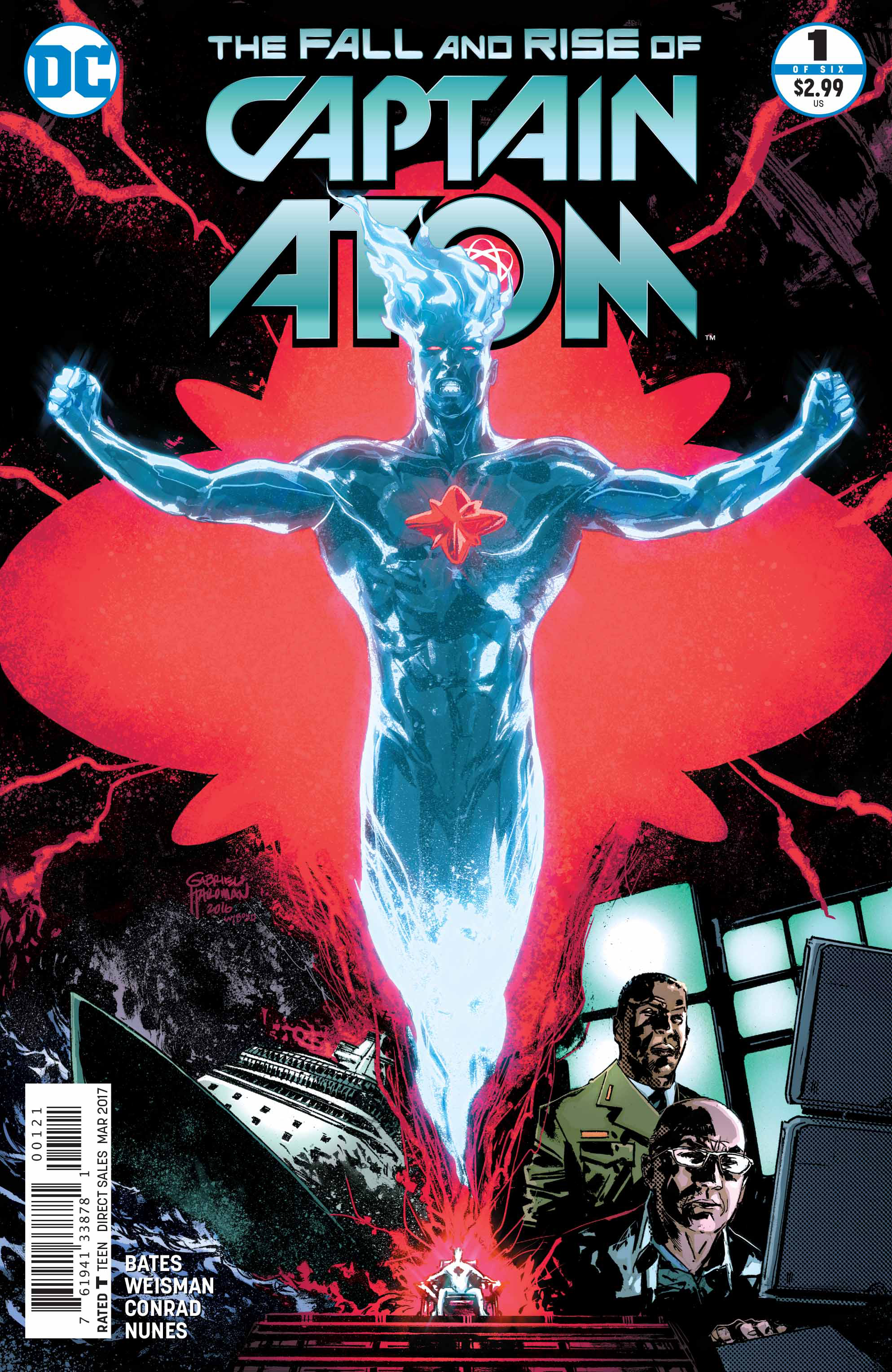 NOV160294
(W) Cary Bates, Greg Weisman (A) Will Conrad (CA) Gabriel Hardman
"Blowback" part one! Captain Atom hasn't been seen or heard from in years-and even if you think you know what happened to him...you're  wrong! But you're not alone. To this day, no one on Earth-not even the other superheroes-has an inkling of the missing Captain Atom's true fate. At last, the truth is about to be revealed in a saga that transcends not only the meaning of life and death, but the limits of time and space.
RATED T
In Shops: Jan 04, 2017
SRP: $2.99
View All Items In This Series