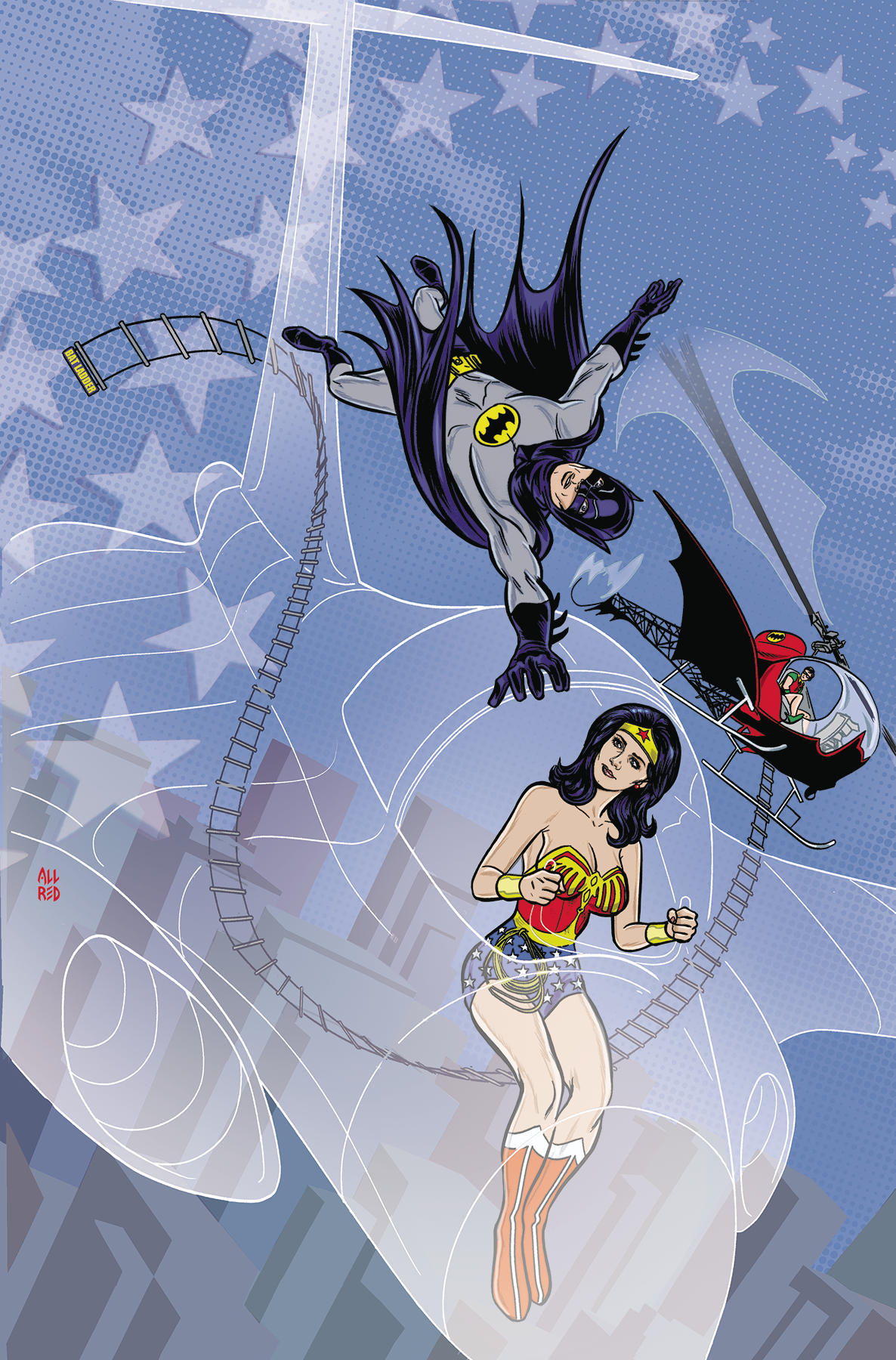 NOV160281
(W) Jeff Parker, Marc Andreyko (A) David Hahn, Karl Kesel (CA) Michael Allred
What mysteries are hidden in the book Ra's al Ghul hired Catwoman to steal? And why does this caper lead Batman down memory lane-to his childhood fight against actual Nazis? Witness the Caped Crusader's first encounter with one of the greatest heroes the world has ever known: Wonder Woman! This epic team-up is brought to you by writers Marc Andreyko (WONDER WOMAN '77) and Jeff Parker (BATMAN '66), with fantastic artists David Hahn and Karl Kesel (BATMAN '66 Meets the Man from U.N.C.L.E.). It's a time- and space-spanning adventure unlike anything you've seen before!
In Shops: Jan 25, 2017
SRP: $3.99
View All Items In This Series
ORDER WISH LIST