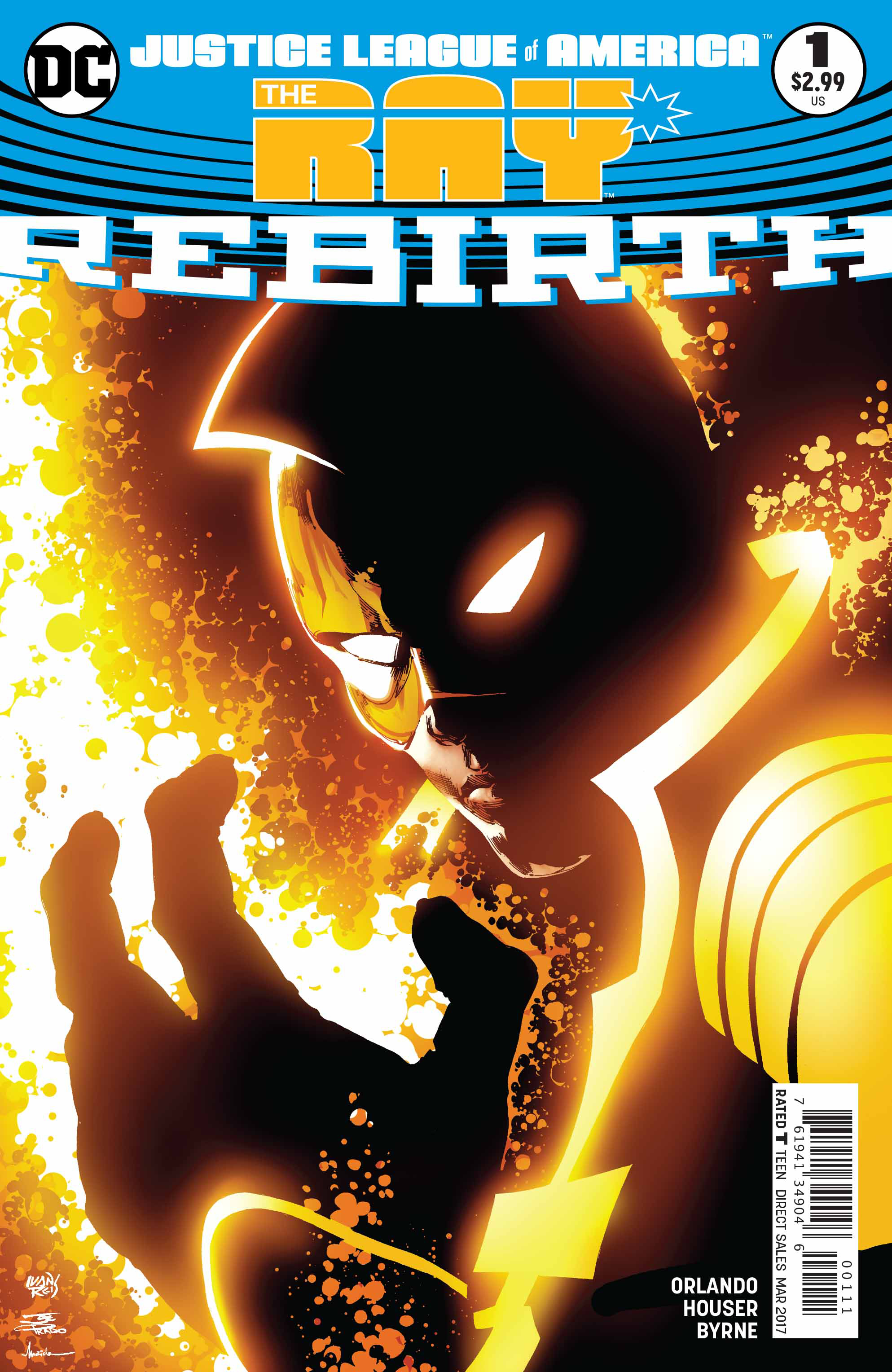 NOV160187
(W) Steve Orlando (A) Stephen Byrne (CA) Ivan Reis, Joe Prado
SPINNING OUT OF THE PAGES OF JUSTICE LEAGUE VS. SUICIDE SQUAD! Locked indoors, raised in the dark and told his medical condition could be fatal to himself and anyone he meets, Ray Terrill is dangerous. A freak. Broken. Or is he...? Witness the amazing power of realizing your true self and stepping into the light in this moving rebirth of a long-lost hero for a new generation.
One shot
RATED T
In Shops: Jan 18, 2017
SRP: $2.99