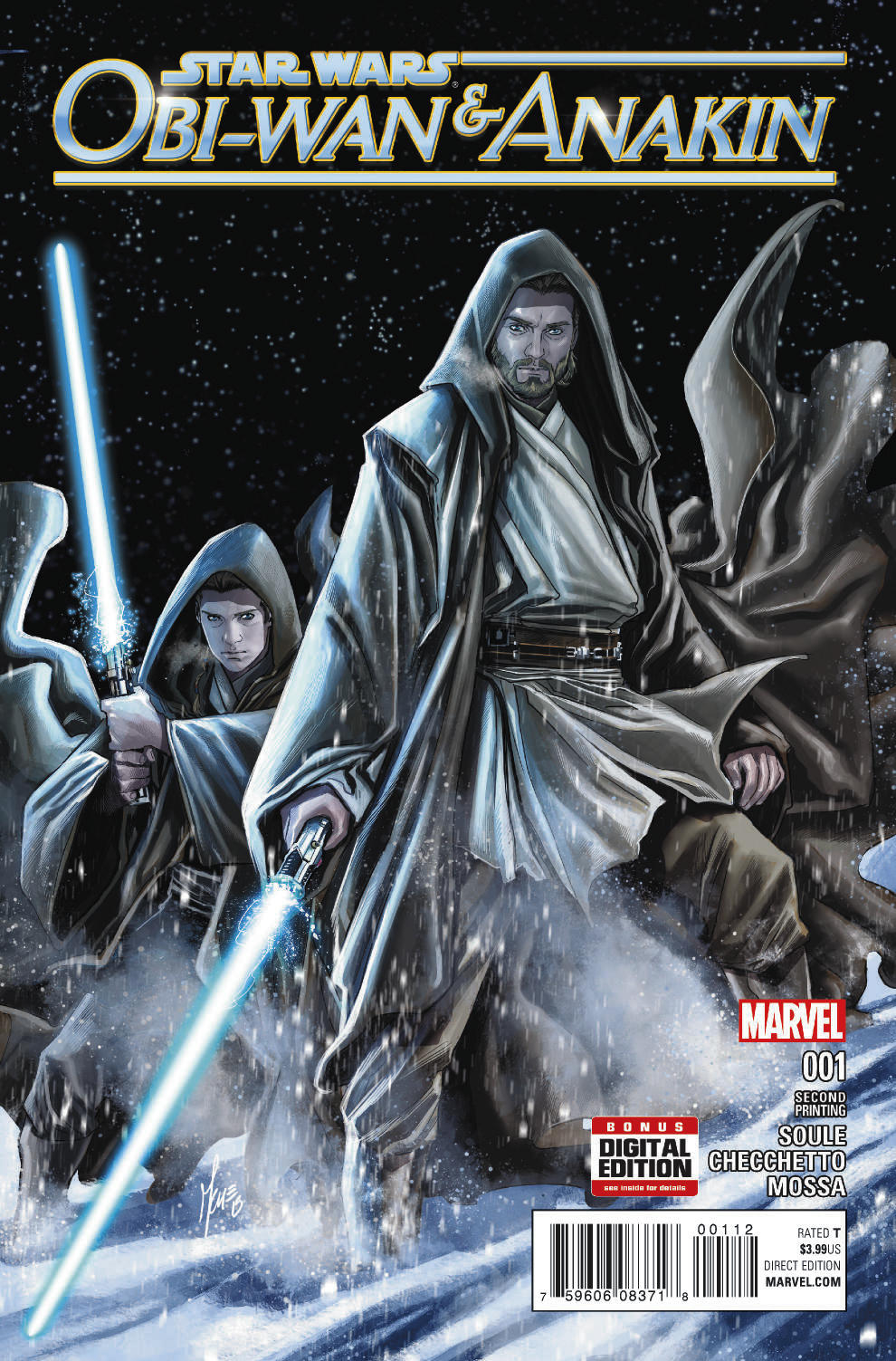 NOV158413
(W) Charles Soule (A/CA) Marco Checchetto
From Marvel Comics. Before their military heroism in the Clone Wars, before their tragic battle on Mustafar, and many decades before their final confrontation on the Death Star ... they were Master Obi-Wan Kenobi and his Padawan learner, Anakin Skywalker. It's been a few years since Obi-Wan pledged to train the young "chosen one," but even as they have grown closer through training, it has been a difficult road. Now, called to a remote planet for assistance, Master and Padawan may be pushed to the breaking point. Writer Charles Soule (Lando, She-Hulk, Daredevil) and artist Marco Checchetto (Star Wars: Shattered Empire, Avengers World, Punisher) bring us a tale of the Jedi at the height of their power ... Rated T. Scheduled to ship 01/27/16. (161)