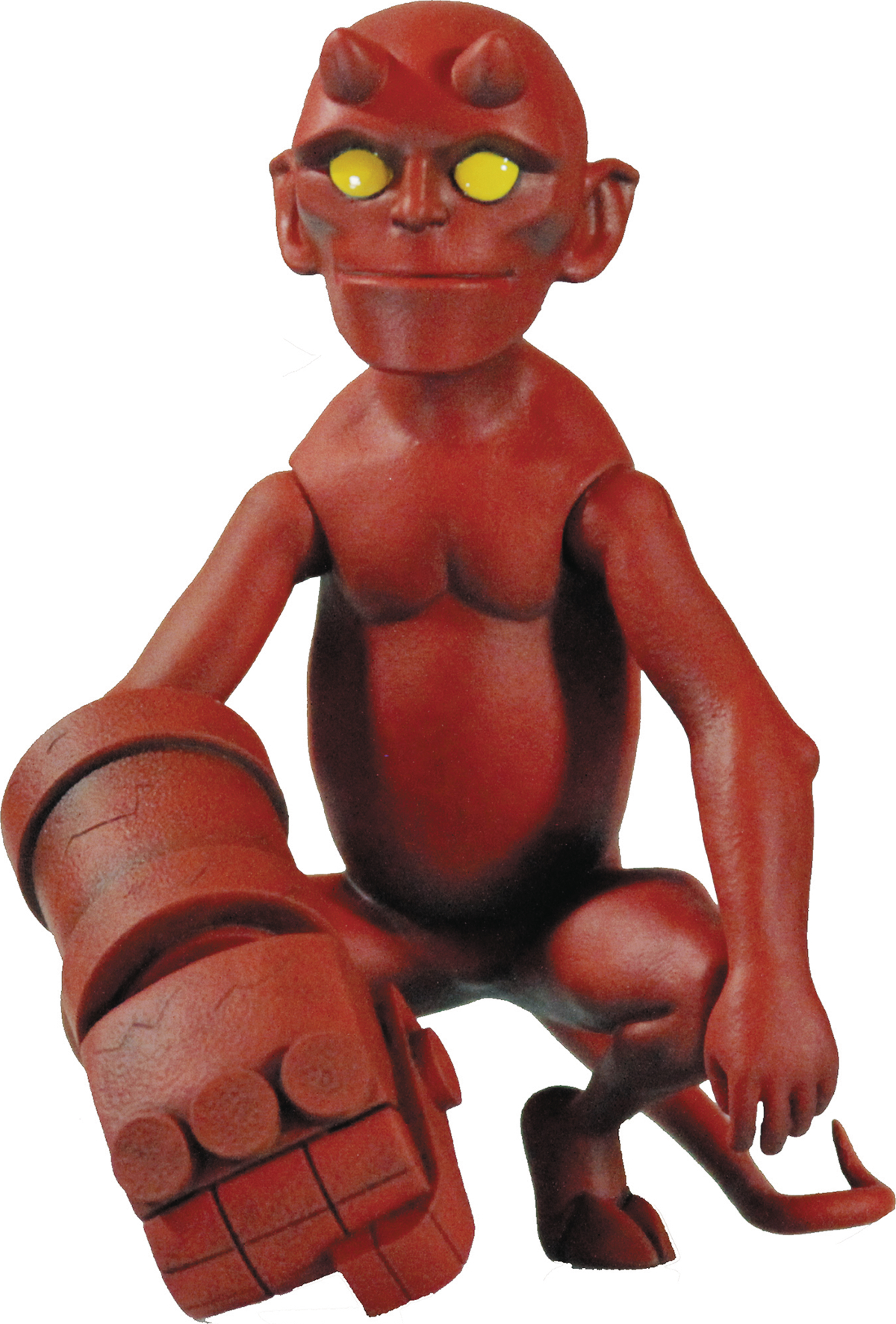 NOV158192
Summoned to Earth on December 23, 1944, the half-demon child known as Anung Un Rama was intended to change the tide of WWII in Germany's favor. Instead he was discovered by US soldiers, given the name Hellboy, and would go on to fight the forces of evil as an adult. Working closely with creator Mike Mignola to design the definitive baby Hellboy, the figure features 6 points of articulation (neck, tail, shoulders, right elbow, and right wrist), and the cutest li'l face Hell ever spawned. Now's your chance to hold this little bundle of demonic joy in your own hands!
In Shops: Nov 23, 2016
SRP: $37.00
ORDER WISH LIST