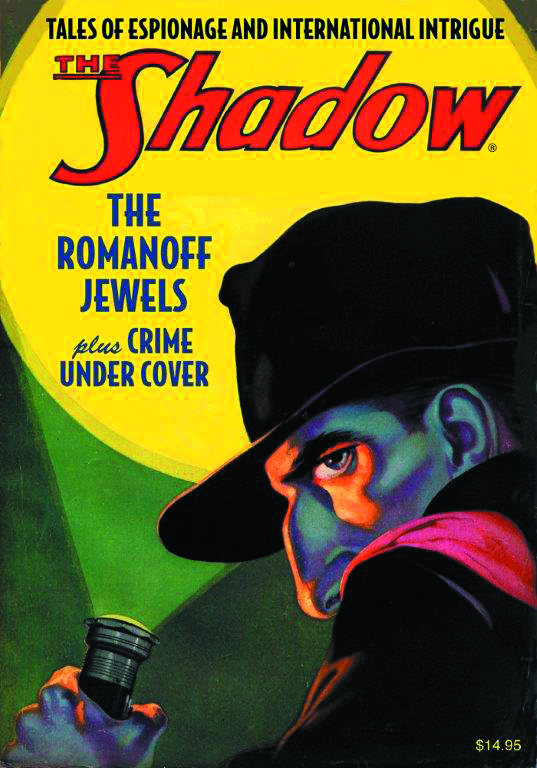 NOV151874
(W) Maxwell Grant, Walter B. Gibson, Will Murray (A) Paul Orban, Tom Lovell (CA) George Rozen, Graves Gladney
The Master of Darkness confronts international intrigue in two thrilling espionage novels by Walter B. Gibson. First, The Shadow journeys to Paris and Moscow to undermine a Bolshevik conspiracy to seize "The Romanoff Jewels" in one of Walter Gibson's most acclaimed novels! Then, the Dark Avenger is summoned to Washington, DC to prevent a hidden spymaster from acquiring the Neutralizer, the ultimate weapon of war. Plus, counterintelligence agent Tim King examines "Spycraft and The Shadow" !
In Shops: Feb 10, 2016
SRP: $14.95
View All Items In This Series
ORDER SUBSCRIBE WISH LIST