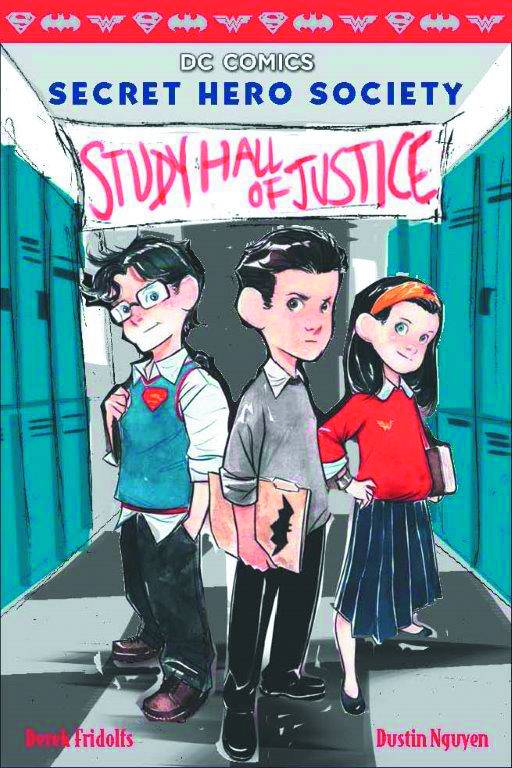 #
NOV151865
(W) Derek Fridolfs (A/CA) Dustin Nguyen
Being the new kid at school is tough, especially when your school is called Doomvale Academy and your name is Bruce Wayne. There's a gang of jokers roaming the halls, a muscle-headed kid named Bane wants to beat you up, and your headmaster Hugo Strange seems really, well, strange. This inventive novel follows young Bruce Wayne and his friends Clark (Superman) and Diana (Wonder Woman) as they start a Junior Detective Agency to investigate their teachers and find out what's going on behind closed doors at Doomvale Academy, all before recess. They'll try their best to solve their case, but just because you're faster than a speeding bullet or more powerful than a locomotive, it doesn't mean you get to stay up past eleven.
In Shops: Jan 20, 2016
SRP: $12.99
View All Items In This Series
ORDER SUBSCRIBE WISH LIST