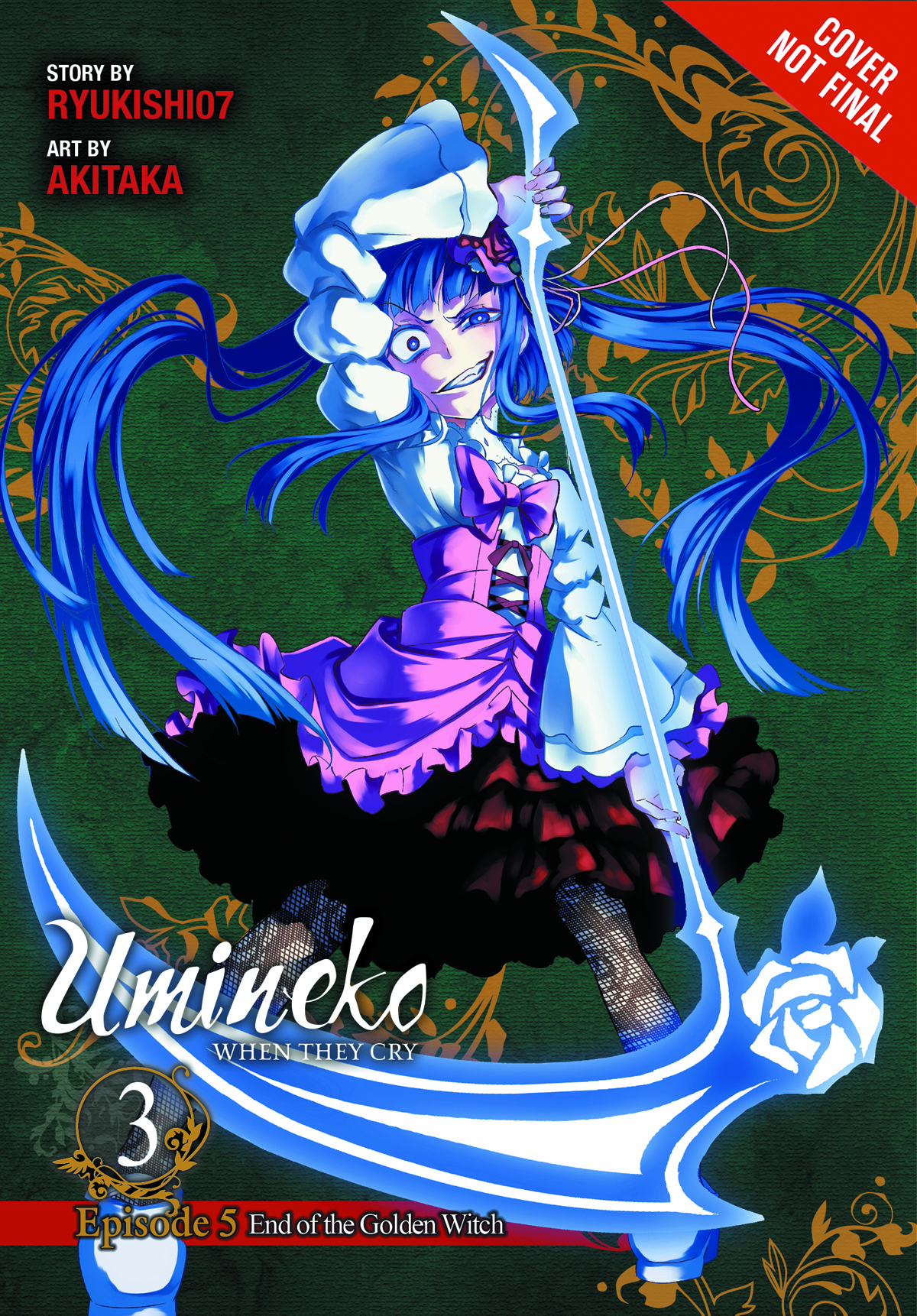 NOV151791
(W) Ryukishi07 (A/CA) Akitaka
The trial begins. Natsuhi stands accused of murdering six members of her family and staff. Erika plays the role of prosecutor while Beatrice acts as Natsuhi's defense, hoping to prove instead that she, a witch, is responsible for the murders. If Beatrice fails to make her case, the blow to the side of magic could end the game - and Beatrice. But a loss here would be equally fatal for Erika!
In Shops: Jan 27, 2016
SRP: $20.00
View All Items In This Series
ORDER WISH LIST