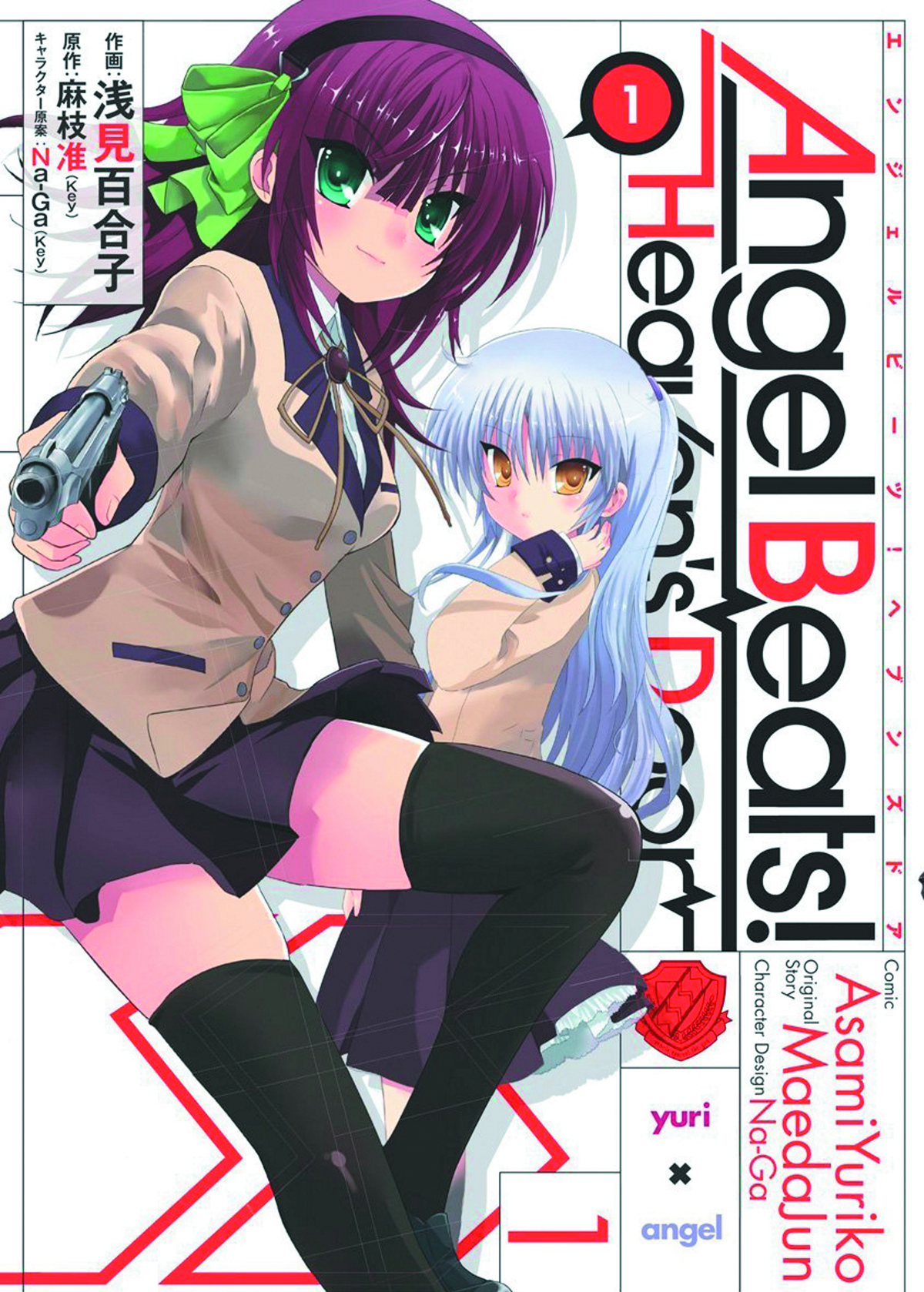 NOV151594
Based on the hit anime, Angel Beats!, this brand new manga series delves into the early years of the Angel Beats! Universe. Hideki Hinata has just died, but his life is far from over. Finding himself stuck in a kind of purgatory in the Afterlife School, an academy for recently departed lost souls, he learns the land of the dead has just as many annoying rules as the land of the living. There he meets Yuri Nakamura, a brazen young woman who harbors nothing but contempt for God. Together, Yuri and Hideki form the SSS brigade, a group whose purpose it is to rebel against God in any way they can. However, standing in their way is the stoic and cold Tenshi, a supposed angelic messenger of God who just so happens to be the Student Council President!
In Shops: Feb 10, 2016
SRP: $12.99
View All Items In This Series
ORDER SUBSCRIBE WISH LIST