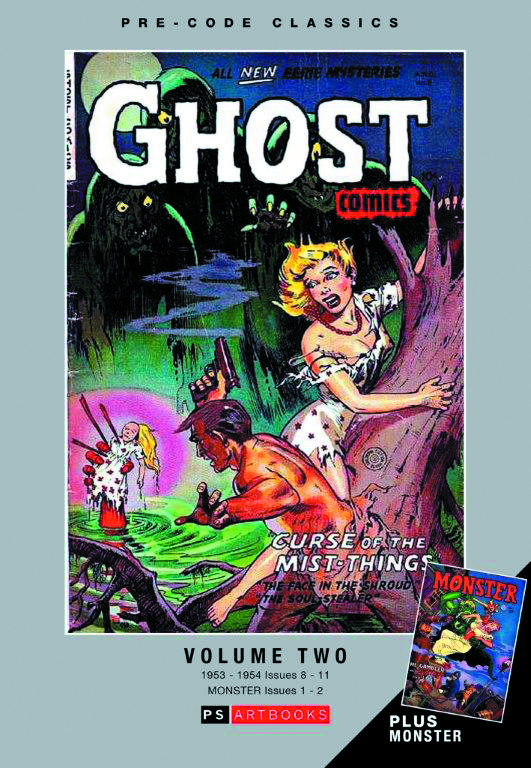 NOV151582
(A) Iger Shop, Jack Abel, Bill Discount, John Belcastro, George Evans, Jerry Grandenetti
This often unfairly forgotten 11-strong series (of which this volume captures the first seven issues) surely boasted some of the most magnificent covers of any of the EC wannabes of some sixty-plus years ago, despite the artists concerned being a considerable way from being "household names." One of these forgotten masters is Maurice Whitman; just check out the cover for #6! Plus you get EC's very own Jack Kamen regularly popping up inside. This was material that suggested unpleasantness rather than just stepped forward and pulled the old schlock-it-up lever. Collects issues #8-11 (1953 to 1954) plus Monster Issues #1 & 2 (1953).
In Shops: Apr 20, 2016
SRP: $59.99
View All Items In This Series
ORDER WISH LIST