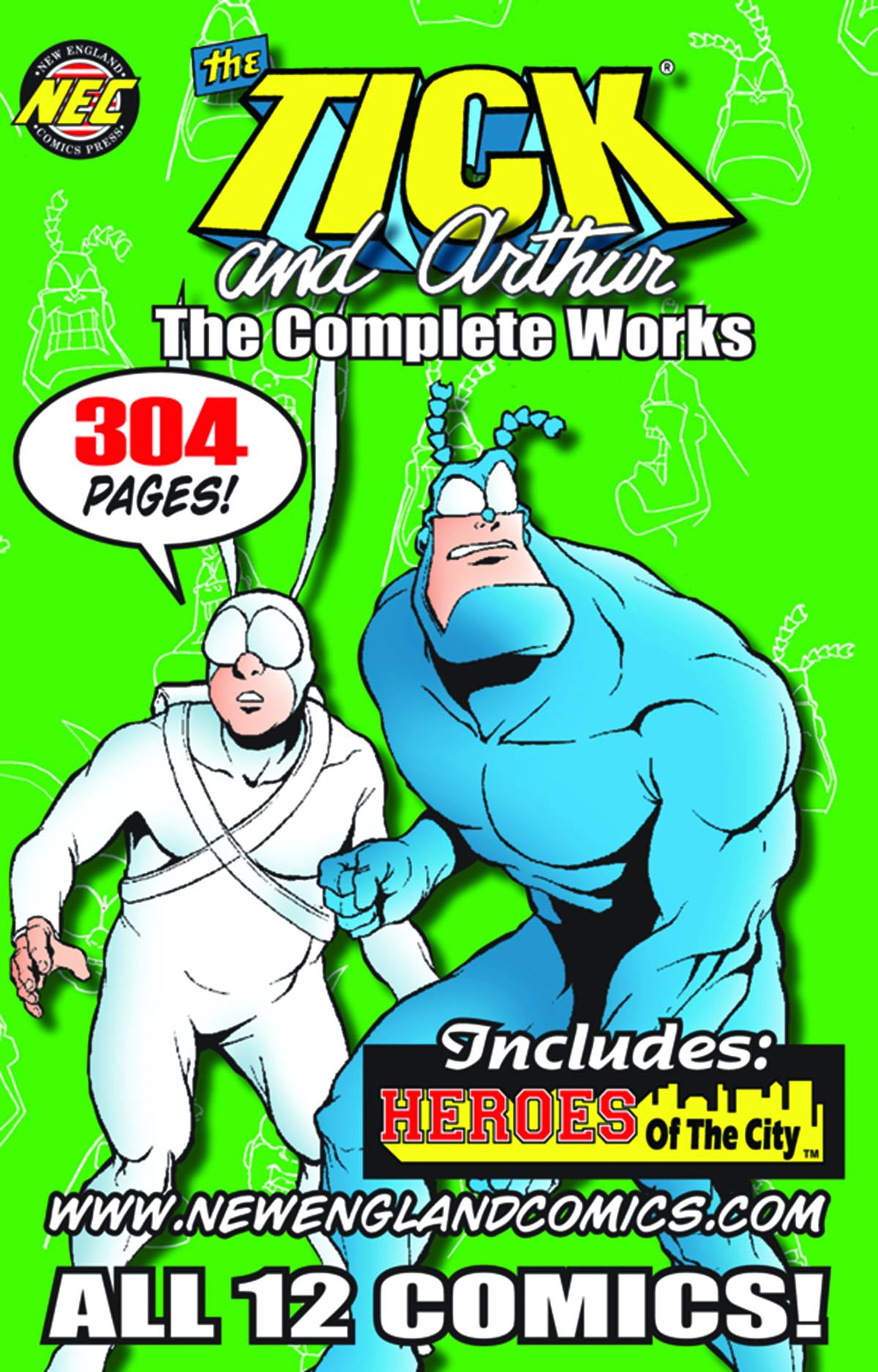 #
NOV151537
(W) Sean Wang (A) Michael Avon Oeming (A/CA) Sean Wang
The Tick and Arthur: The Complete Works features the work of master craftsman Sean Wang, creator of Runners. Sean introduces many new hilarious characters on his 6-issue watch, including Bumbling Bee, Rubber Ducky and Crazy Blue Rocket, just to name a few! This massive 304 page tome also includes all six issues of The Tick's companion series, The Tick: Heroes of The City, which spotlights many other Tick Universe characters in their own crazy mini-adventures. Two stories feature early art by Mike Avon Oeming! It doesn't get any mightier than this!