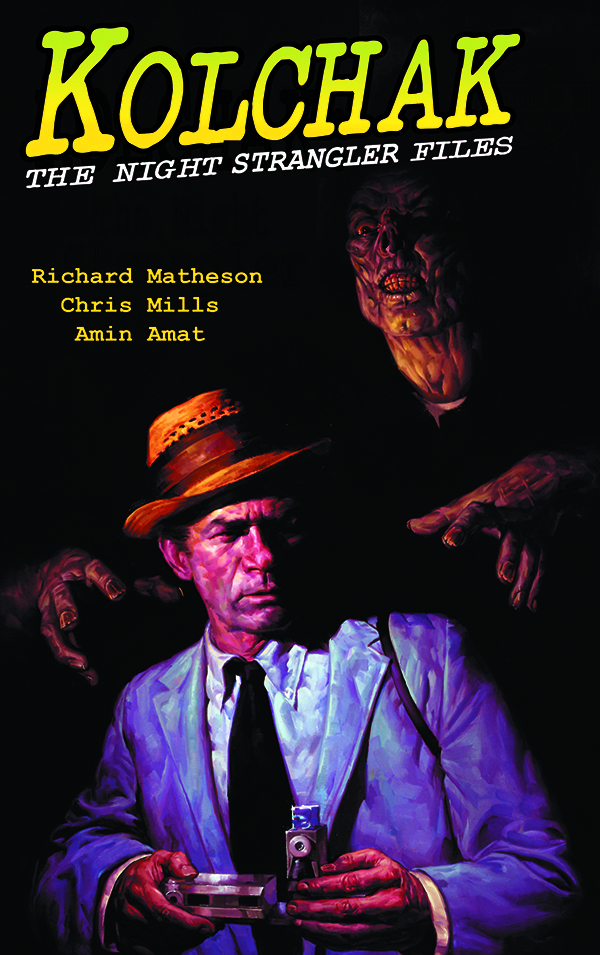 NOV151525
(W) Richard Matheson, Christopher Mills (A) Amin Amat
This collection reprints the adaptation of the television movie, The Night Strangler, written by the legendary Richard Matheson, and the three issues of Kolchak: The Night Stalker Files comic by Chris Mills. Carl Kolchak doesn't have time for horror movies. His life is scary enough, and now he's between jobs and desperate for a paycheck. When a young actress goes missing on the set of a low-budget monster flick, he soon discovers that making it big in Hollywood can be murder!
In Shops: Feb 17, 2016
SRP: $15.95
ORDER WISH LIST