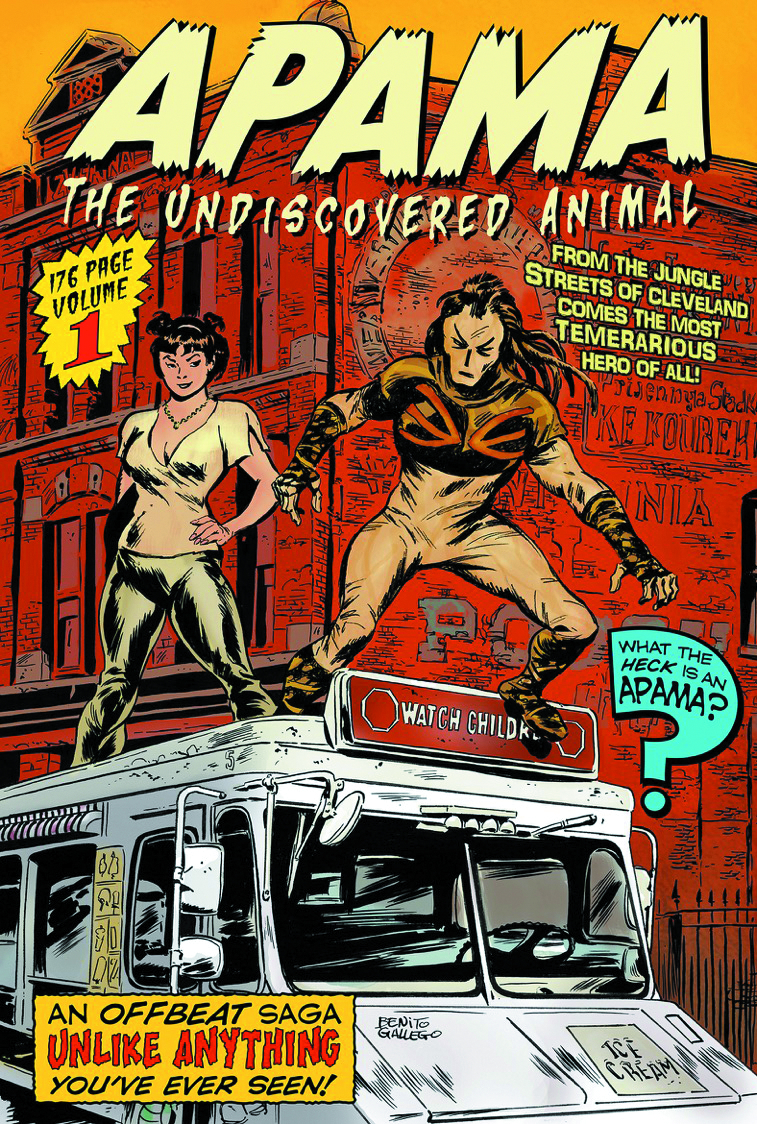 NOV151480
(W) Sikora, Ted, Miller, Milo (A) Gallego, Benito (CA) Benito Gallego
Everyone's heard stories about a hero based on a spider, a bat, a wolverine, but an apama? Hungarian ice cream truck driver Iliya Zjarsky goes hiking one day and discovers the animal spirit of the most powerful creature mankind has never known. Soon he unlocks the powers of the "Apama" and hits the streets of Cleveland in an offbeat series unlike anything you've ever seen.
In Shops: Feb 10, 2016
SRP: $19.99
View All Items In This Series